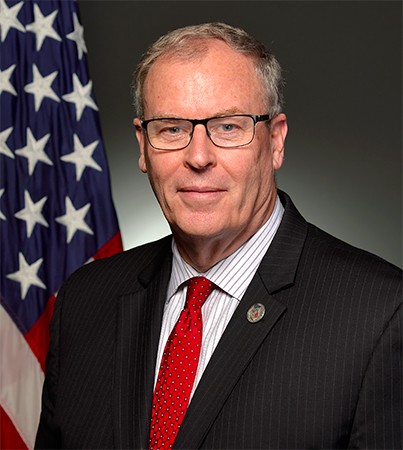 Work was the Defense Department's second-ranking civilian leader from 2014 until 2017, after a term as Under Secretary of the Navy from 2009 to 2013. He served 27 years in the U.S. Marine Corps, retiring as a colonel after holding a wide range of command, leadership, and management positions. He has also been CEO of the Center for a New American Security, vice president for strategic studies at the Center for Strategic and Budgetary Assessments, and adjunct professor at the George Washington University.

"We are honored to welcome Bob to our team as a senior fellow," said APL Director Ralph Semmel. "His broad expertise, particularly his insights on autonomy, artificial intelligence, and human–machine collaboration, can help us extend the impact of the critical work our scientists and engineers are doing for national defense, cybersecurity, health care, and space."

"I am excited to team up with APL on technologies and issues that I've long said will redefine the character of war," Work said. "There are opportunities just over the horizon that we can reach through the innovative application of emerging technologies—the lab has the right mix of technical expertise and a focus on application to realize these opportunities, and I'm looking forward to helping them in their efforts."

APL's senior fellows are distinguished experts in national security and space who work with technical experts at the laboratory to better inform technology and policy decisions made by U.S. military leaders and senior government officials.