As temperatures climbed into the high 80s this weekend outside the New York Hall of Science, thousands of attendees of World Maker Faire New York found themselves sweating buckets. 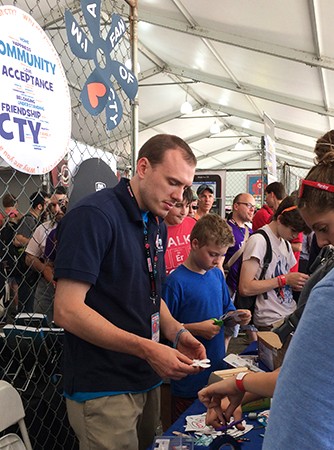 Thankfully, the Johns Hopkins Center for Talented Youth was on the scene, prepared to help families make a whole bunch of fans.

For the first time ever, the nonprofit center for bright K-12 students hosted a booth at the two-day festival celebrating innovation, creativity, and resourcefulness, offering kids and grown-ups the chance to make their own hand-held, motorized fans. The weather-perfect project made the booth a smashing success—and even won CTY a "Best in Class" ribbon.

From the minute the fair opened Saturday morning, a line formed at the CTY booth and didn't let up all day. The project was designed to teach fairgoers the basics of circuit building. It involved wiring a hobby motor to a 1.5-volt battery as its power source, and it was as popular as it was practical.

CTY staff brought enough materials for 1,000 fans, and the booth was so busy, they ran out of fan blades Sunday evening. At that point, parents were taping ripped fan blades to re-use, just so their kids could participate, said CTY co-organizer Amy Ryan.

"The best part was seeing the kids' eyes widen upon making the final connection to the battery and seeing the motor move," Ryan said. 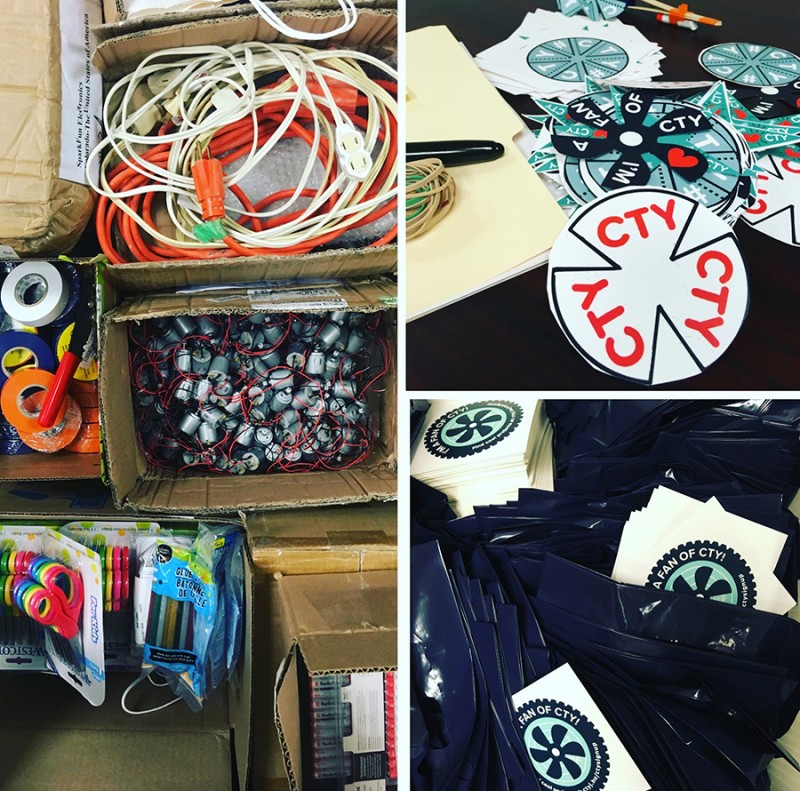 Image caption: CTY gave kids and grown-ups the chance to make their own hand-held, motorized fans with "I'm a fan of CTY" printed on the propellers.