Fidget spinners are the latest toy craze, but the medical benefits are unclear 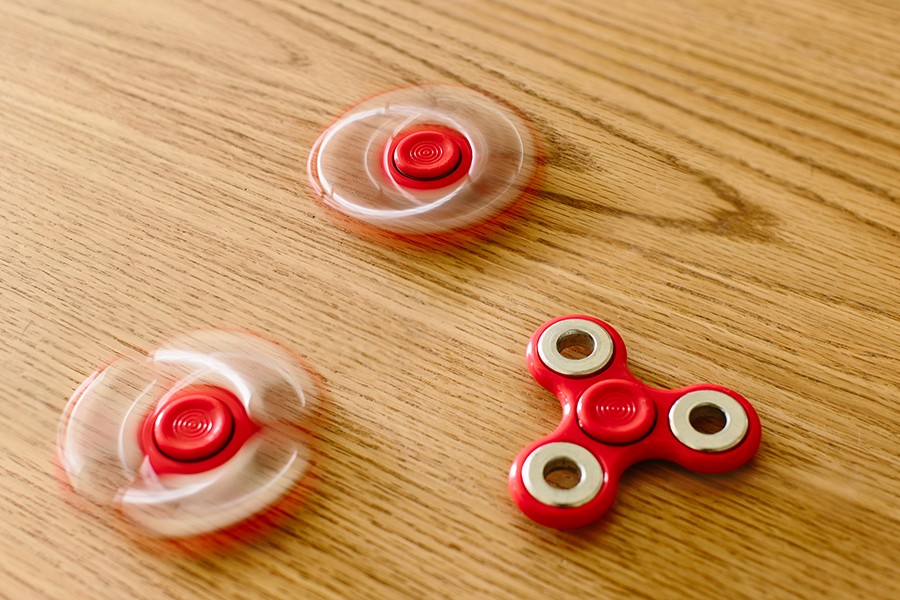 Last week, German customs agents in Frankfurt Airport seized 35 metric tons of an imported plastic device, destroying the shipment for public safety purposes before it could infiltrate the country's marketplaces.

The threat? A shipment of fidget spinners, the popular plastic device designed to spin while the user holds a center bearing.

What's the story behind this latest toy craze—a fad so meteoric in its rise that even Kim Kardashian has announced a branded version—and why do they have some parents worried? Patrick Mularoni, medical director of the Pediatric Sports Medicine Division at Johns Hopkins All Children's Hospital in St. Petersburg, Florida, explains the medical claims and child safety hazards behind the hype.

What are fidget spinners?

Fidget spinners are the biggest toy trend to come around in a long time. They are designed with a bearing in the middle and two or three prongs that spin. One of the problems is that these toys have hit the market so fast that companies are rushing to produce them faster and cheaper, so it's hard for a parent to trust the companies that are producing them.

The fidget spinner is simple to make from a plastic or metal mold and ball bearings. These bearings are being produced as ball bearings for industry and not as toys. That is a big difference when you think about the chemicals and lubricants that are chosen in the manufacturing process. In addition, these companies may be using plastics and paints that are not entirely safe for what they are being used for.

Many people believe that they were invented or are intended to help people with ADD, autism, or developmental delays. Is that true?

These were never made as a medical aid or medical device, and these claims come from smart marketing on the internet.

Schools are banning fidget spinners, calling them nuisances and even dangerous

Your fidget spinner is reshaping the retail industry

Fidgeting behavior or repetitive behavior is often seen in children with developmental delay, and often these children will use a special toy that they will use in the same way over and over again for stress relief or a form of distraction. Their parents will tell you that the child takes the item everywhere they go. It is relatively common to see children with developmental delay come into the Emergency Center with anything from a toy that moves, clicks, squeaks, lights up, or some other toy that provides stimulation.

For this same reason, fidget spinners provide a calming stimulation for anyone using them, but the claims that they can help ADD are not rooted in science, and I would think that these devices are more distracting to not only the user but all the children around them. This is the main reason why schools are banning them.

Let's talk more about the safety risks. Is there an age at which these aren't safe?

Most of the sellers on the internet say that they are safe for 8 years and up. They do contain small parts that are a choking risk if they break, but with the shoddy manufacturing used to get these to market quickly, many of them are breaking right in children's hands.

We have to remember that most of the toy companies that are bringing these to market are not the big companies whose names parents recognize and associate with quality. On YouTube, there are videos by children showing how to open the center spinner cover with a pen and a video of ways to make them spin faster by soaking the bearings in alcohol. These definitely should not be given to children under 5 because this is the group that has the highest choking risk. You should use common sense and know your child … maybe even priming them with a conversation regarding what to do if your fidget spinner breaks.

So there are hypothetical risks with these toys, but have there been children who have actually been injured by them?

Yes, there have been recent news stories regarding a 10-year-old girl in Texas who swallowed one of the ball bearings, and it got caught in her esophagus. This required endoscopic removal with anesthesia in the operating room. And another story of a 3-year-old boy in Detroit who was brought to the Emergency Center after swallowing a ball bearing unit. Luckily, it had passed into his stomach and didn't need to be removed.

If you are going to buy one of these or if your child already has one, check it often and remind them that if the spinner breaks or isn't working well that this is something that you as a parent need to know about.

This information was shared on WTVT-TV's Doc on Call segment, which is aimed at helping parents learn more about children's health issues. The segment airs each Monday morning on Good Day Tampa Bay.