Researcher, educator served as School of Nursing dean from 2001-2014 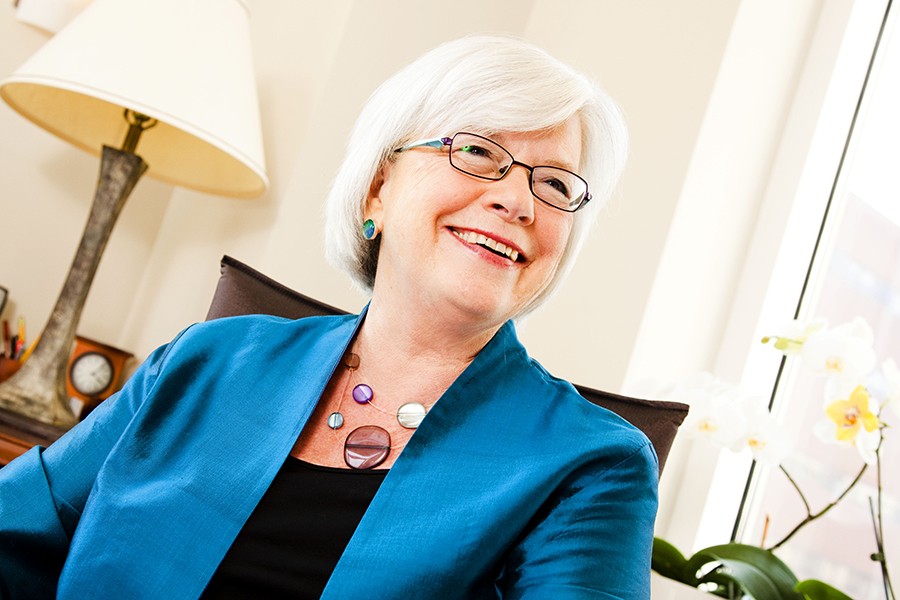 Martha N. Hill, dean emerita of the Johns Hopkins University School of Nursing, will retire after a career of more than five decades of dedication to the nursing profession.

"I never could have imagined all the opportunities that the nursing profession had in store for me," Hill says. "My time as dean and faculty have been extraordinary, and I look forward to continuing to advance the profession by supporting others through mentorship and consultation."

"Few nurses have had such a distinguished career or as much impact on the profession as Dean Emerita Hill."
Patricia Davidson
School of Nursing dean

Hill served as interim dean of the School of Nursing from 2001-2002 before being named dean, a position she held until 2014. She was one of the first faculty members when the school was established as an independent division of the university in 1985.

Hill is a 1964 graduate of the Johns Hopkins Hospital School of Nursing. She went on to receive a master's degree in nursing from the University of Pennsylvania and a doctorate in behavioral sciences from what is now the Johns Hopkins Bloomberg School of Public Health.

"Few nurses have had such a distinguished career or as much impact on the profession as Dean Emerita Hill," says Hopkins Nursing Dean Patricia Davidson. "I have been privileged to have been able to call Dean Emerita Hill a colleague and mentor."

During her tenure as dean, the school's research funding increased by more than 440 percent, and in 2012 the school shared the No. 1 spot U.S. News & World Report's annual graduate program rankings. It was also under her leadership that the MSN: Entry into Nursing Practice degree was developed and the school moved toward an all-graduate curriculum.

Hill has been internationally recognized for her cardiovascular research, including pioneering work on prevention and treatment of hypertension, particularly among young African-American men in urban environments. As an educator, she is known for her mentorship of students and junior faculty members.

Hill was recently honored by the American Academy of Nursing as a Living Legend, is a member of the National Academy of Medicine, and was the first non-physician to serve as president of the American Heart Association. In 2010, Hill was named an inaugural member of the Sigma Theta Tau International Nurse Researcher Hall of Fame, and in 2014 she became chair of the Global Advisory Panel on the Future of Nursing.

Hill has more than 225 publications and has served on numerous review panels, editorial boards, and advisory committees.

"An internationally recognized researcher, administrator, mentor, educator, and clinician, she will leave deep footprints on the evolution of our school and health care worldwide," Davidson says.