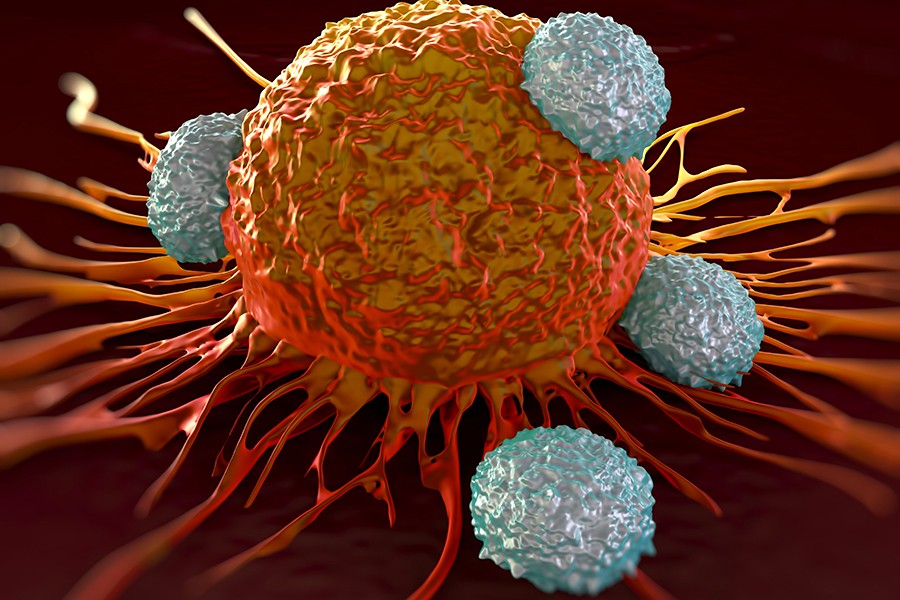 Earlier this week, for the first time, a drug was FDA-approved for cancer based on disease genetics rather than type.

Developed from 30 years of basic research at Johns Hopkins and its Bloomberg–Kimmel Institute, the drug, pembroluzimab, now can be used for colon, pancreatic, stomach, ovarian, and other cancers if genetic testing reveals defects in so-called mismatch repair genes.

Using immunotherapy and a genetic glitch to give cancer patients hope

Experts at the Bloomberg–Kimmel Institute designed the first clinical trial to test the theory that patients whose tumors have defects in mismatch repair genes may respond better to immunotherapy. Results of the trial were presented and published in 2015 at the American Society of Clinical Oncology Annual Meeting and published online by The New England Journal of Medicine.

Tests for defects in mismatch repair are widely available and cost $300-$600. Pembrolizumab can cost approximately $100,000 a year, fueling the need to identify patients who are likely to respond to the drug.

First identified in 1993 by scientists at Johns Hopkins and other institutions, mistakes in mismatch repair genes are found in more than 4 percent of cancers that occur each year in the United States, including cancers of the colon, uterus, stomach, gall bladder, pancreas, ovaries, prostate, and small intestine. The mutations disable cells' ability to repair errors in the DNA replication process, which triggers unchecked cellular growth, a hallmark of cancer.

Two decades later, an idea took root when Johns Hopkins experts found mismatch repair defects in a single patient with colon cancer who responded to immunotherapy while other patients with colon cancer did not.

Patients with tumors laden with mismatch repair defects have an abundance of abnormal proteins that look more "foreign" to immune system cells, triggering them to search for and destroy the unfamiliar-looking cancer cells.