Economic impact of Zika outbreak could exceed $18B in Latin America, Caribbean

Researchers from the Johns Hopkins Carey Business School estimate that the social and economic impacts of the recent Zika virus outbreak in Latin America and the Caribbean could cost countries in the region an estimated $7 billion to $18 billion from 2015 to 2017. 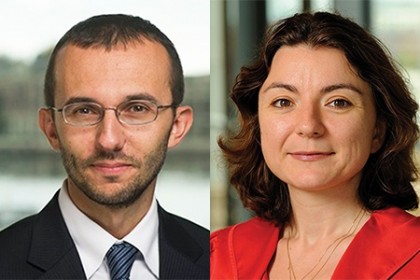 Their findings are included in a new report titled "A Socio-economic impact assessment of Zika virus in Latin America and the Caribbean: with a focus on Brazil, Colombia and Suriname" issued by the United Nations Development Programme and the International Federation of Red Cross and Red Crescent Societies. The report was produced in collaboration with the ISGlobal, the Barcelona Institute for Global Health, and presented to the United Nations on April 6.

The Zika virus is transmitted to humans by mosquitos and has been linked to the birth defect microcephaly, a condition in which babies are born with smaller than expected heads and brains. The disease is also associated with a pattern of birth defects known as "congenital Zika syndrome," which can include severe microcephaly, vision and hearing problems, and other symptoms. Since 2014, Zika has spread rapidly throughout Latin America and the Caribbean, as well as parts of the U.S., Asia, and Africa. In early 2016, the World Health Organization declared Zika a "public health emergency of international concern."

For the study, two Carey School researchers—Associate Professor Mario Macis and Assistant Professor Emilia Simeonova—conducted a rapid assessment analysis of macroeconomic costs for Latin American and the Caribbean nations based on existing data on the incidence and transmission of Zika virus. Macis and Simeonova based their calculations on three estimated rates of transmission—current, medium, and high. The overall cost of the epidemic included the cost of direct treatment and care, as well as the cost of lost revenue and productivity.

According to the study, the epidemic could cost between $7 and $18 billion in the short term, which equates to an average of $1 billion in costs for every five percent rise in infection rate. The magnitude of the estimated economic cost of the epidemic varies considerably across the three infection scenarios: $7 billion for the baseline; $9 billion for medium transmission rates; and $18 billion for high transmission rates over the entire region.

The long-term cost of Zika on the region was also estimated to be substantial due to the direct and indirect costs associated with microcephaly and Guillain-Barre syndrome, a rare illness of the nervous system that has increased in regions affected by Zika. Overall, the total direct and indirect lifetime cost of microcephaly cases caused by Zika could exceed $3 billion in the most optimistic scenario and $29 billion in the worst-case Zika scenario. The corresponding lifetime costs of Guillain-Barre syndrome cases are estimated to be between $242 million and $10 billion.

"The Zika epidemic will have both significant short-term and long-term economic impact. Even in the least pessimistic scenarios, we estimate the costs could be as high as $7-$9 billion, which is a large amount, particularly when we consider that the countries affected are low- and middle-income countries" Macis said. "This outbreak will be expensive, but it is very hard to predict the true cost, because we do not know how widespread the disease will be, and there is still considerable uncertainty about the frequency of microcephaly, Guillain-Barre, and other consequences of Zika."

According to Macis, some recent estimates suggest that the rate of microcephaly from Zika infection could reach 10 percent, which is a much higher rate than that considered in the UNDP study.

"There is a paucity of research on the costs associated with the Zika virus. For example there are no studies on the effects on tourism revenues. The global community really needs to come together to better understand this problem," Simeonova said. "More information is needed to understand transmission rates and other outcomes. More information will help us in making better estimates, which in turn would help the affected countries to budget appropriately." 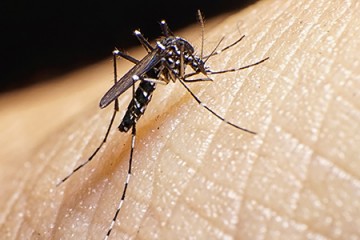 Study: Zika outbreak in U.S. could come with high costs

Published May 4, 2017
Researchers use computer models to estimate the potential impact of outbreak based on various epidemic sizes