An outbreak of Zika in the U.S. this summer could come with high costs, study finds

A study from Johns Hopkins has found that an outbreak of Zika virus in the U.S.—even a mild one—could cost more than $183 million in medical costs and productivity losses. A more severe outbreak could cost $1.2 billion or more, researchers found.

Reporting last week in PLOS Neglected Tropical Diseases, the researchers—led by Bruce Y. Lee, who has joint appointments in JHU's Carey Business School and the Department of International Health at the Bloomberg School of Public Health—estimated the potential impact of a Zika outbreak based on a variety of epidemic sizes. The investigators focused on five Southeastern states and Texas—the U.S. locations most populated by Aedes aegypti, the mosquito most likely to carry the disease.

"This is a threat that has not gone away. Zika is still spreading silently and we are just now approaching mosquito season in the United States, which has the potential of significantly increasing the spread."
Bruce Y. Lee
Johns Hopkins researcher

While many people with Zika show mild symptoms, if any, a Zika infection during pregnancy can cause birth defects such as microcephaly or other severe brain defects. In regions affected by Zika there have also been increased reports of Guillain-Barré syndrome, a rare illness of the nervous system. There is no treatment nor is there a vaccine to prevent Zika.

"This is a threat that has not gone away. Zika is still spreading silently and we are just now approaching mosquito season in the United States, which has the potential of significantly increasing the spread," Lee says. "There's still a lot we don't know about the virus, but it is becoming clear that more resources will be needed to protect public health. Understanding what a Zika epidemic might look like, however, can really help us with planning and policymaking as we prepare."

With funding for Zika detection, prevention, and control still uncertain, policymakers need estimates of Zika costs to help guide funding decisions, the researchers say. It is unclear how many people in the United States have already been infected and how many more cases will occur this summer, but the findings, they say, are further evidence that the costs of any Zika outbreak would be high.

For their research, the team—which included scientists from Yale University and the National School of Tropical Medicine—developed and ran a computational model based on different rates of spread of Zika if it were to hit Florida, Georgia, Alabama, Mississippi, Louisiana, and Texas. They took into account factors including health care costs such as visits to the doctor, laboratory tests, and the lifetime cost of caring for a child born with microcephaly, as well as productivity losses.

These attack rates would be substantially lower than those observed in French Polynesia (66 percent), on Yap Island in Micronesia (73 percent), and in the state of Bahia in Brazil (32 percent), where the current Zika outbreak is believed to have originated. They are also lower than recent outbreaks of chikungunya, a virus spread the same way as Zika, including one in Puerto Rico (23.5 percent).

After much delay last year, Congress allocated $1.1 billion for mosquito control efforts and vaccine development, as well as for emergency health care for Puerto Rico, where more than 35,000 people contracted the virus. Lee believes far more money may be necessary, given his estimates for medical care.

"Without details regarding the Zika-prevention measures that would be implemented and how effective these may be, it is unclear what percentage of these costs may be averted," Lee says. "But our model shows it is very likely that preventing an epidemic—or at least finding ways to slow one down—would save money, especially since epidemics like Zika have hidden costs that aren't always considered." 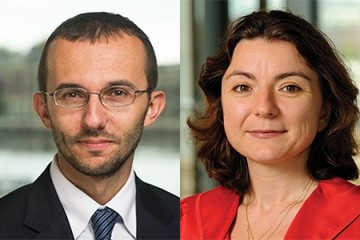 Economic impact of Zika outbreak could exceed $18B in Latin America, Caribbean