Millions of children in Bangladesh live in a world with no fence or protection from nearby ditches and ponds—and the leading cause of death among children from ages 1 to 4 is drowning. Each year, 12,000 children die this way. Seventy-five percent of all drowning deaths in Bangladesh occur less than 20 meters from home, particularly during the hours when adults are working and children go unsupervised.

A new video produced by Bloomberg Philanthropies documents a drowning study conducted through a collaboration between the Philanthropies and the Johns Hopkins International Injury Research Unit of the Johns Hopkins Bloomberg School of Public Health. To combat the problem of drowning, the organizations helped set up 3,000 community daycare centers. Then they followed more than 71,000 children under the age of 5 for two years to evaluate these drowning prevention interventions.

"The advantage is not only is the child away from the water, but there's an opportunity for learning, for socializing, for improving the child's cognitive development as well," says Adnan Ali Hyder, a Bloomberg School professor who directs the Johns Hopkins International Injury Research Unit.

Results of the study showed that attending daycare reduced drowning deaths by more than 70 percent.

Drowning is one of the world's top 10 leading causes of death for children and young people, killing 360,000 people every year.

Phase two of the program will expand the use of daycare and support survival swimming in Vietnam as well as continue to support successful community-based daycares in Bangladesh, pursuing sustainability funding to integrate daycare into national government programs.

Additionally, the expanded program will implement national drowning surveys in two countries in Sub-Saharan Africa—the World Health Organization estimates that this region has the highest rates of drowning deaths, but there is very little country-specific data.

Bloomberg Philanthropies' initial funding for drowning prevention also included support for the WHO report Preventing drowning: an implementation guide. The report, released today, outlines the severity of drowning as a global crisis and presents a range of effective drowning prevention strategies and recommended measures to be taken by national and local governments. 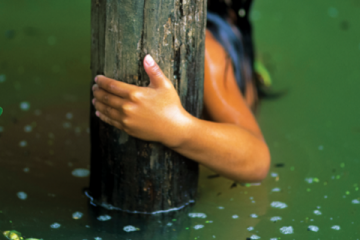