Honorees will be recognized at universitywide graduation ceremony on May 24 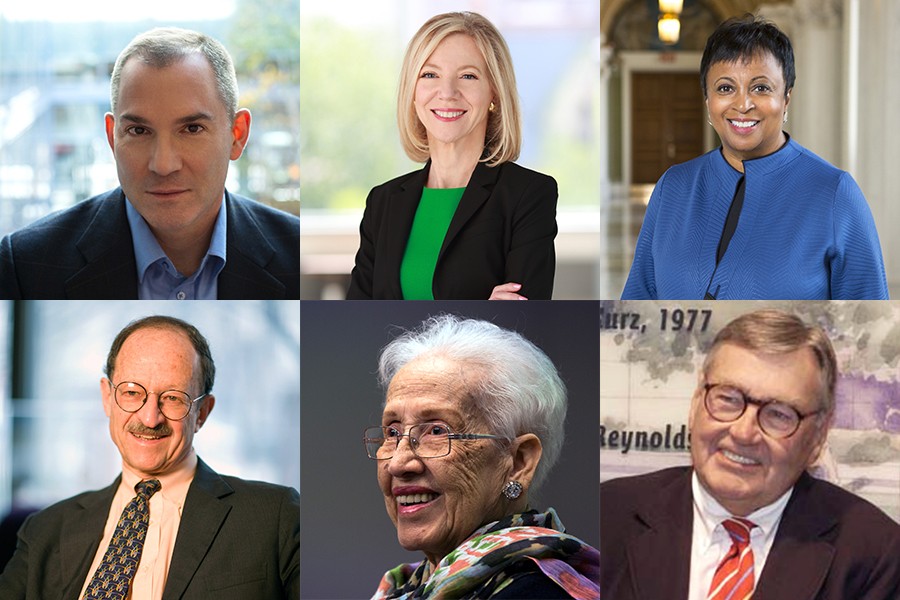 An award-winning journalist, a trailblazing university president, the nation's top librarian, an inspiration for the movie Hidden Figures, a Nobel Prize-winning scientist, and a Johns Hopkins alumnus whose generous philanthropy has had an indelible impact on the lives of JHU students, will receive Johns Hopkins University honorary degrees this year.

Five of the honorary degrees will be conferred at JHU's universitywide commencement on May 24 at Royal Farms Arena. A sixth was conferred upon Katherine C. Johnson, the NASA physicist and mathematician portrayed in Hidden Figures, last month. Johns Hopkins University President Ronald J. Daniels and Board of Trustees Chair Jeffrey H. Aronson traveled to Virginia on April 19 to present her degree during a special ceremony at her home alongside family members, as she is unable to travel to Baltimore for commencement.

Including Johnson, the honorary degree recipients are:

Frank A. Bruni Jr.: Award-winning journalist Frank Bruni, who is also this year's commencement speaker, has spent more than two decades writing for The New York Times, where he has earned a reputation as a thoughtful, thorough reporter and an unflinching commentator. Since being named an op-ed columnist in 2011, his work has targeted LGBTQ issues, American politics, and higher education.

Amy Gutmann: A renowned political scientist, philosopher, bioethicist, professor, and author, Gutmann is the eighth president of the University of Pennsylvania. She is internationally recognized for championing access to higher education; under her leadership, Penn has become the largest university in the country providing all-grant financial aid for all undergraduates. She chaired President Barack Obama's Commission for the Study of Bioethical Issues from 2009-2017. Before her appointment at Penn in 2004, she spent 28 years at Princeton University, where she was the founding director of the University Center for Human Values, and subsequently served as dean of the faculty and provost.

Carla Hayden: Hayden is the first woman and the first African-American to lead the Library of Congress. In Baltimore, she served as the longtime leader of the Enoch Pratt Free Library, which flourished during her tenure with new buildings, renovations, and innovative programming. Before joining the Pratt, Hayden held posts at the Chicago Public Library and the city's Museum of Science and Industry, and was an assistant professor for Library and Information Science at the University of Pittsburgh.

Katherine C. Johnson: Johnson's life presents a compelling tale of one African-American woman's achievement in the era of segregation. She spent 33 years at NASA, including as a member of the organization's all-black West Area Computing section, and serving a vital role in the U.S. space program's early years. In 1962, she famously performed the final, highly technical mathematical check on the Mercury-Atlas 6 mission flight plan, clearing the way for the first American to orbit the Earth. In 2015, at 97, she received the Presidential Medal of Freedom, America's highest civilian honor.

Ralph S. O'Connor: After graduating from Johns Hopkins in 1951, O'Connor went into the oil and gas industry, becoming president of Highland Oil, and later chairman, president, and CEO of Highland Resources Inc. In 1987, he formed the Ralph S. O'Connor & Associates investment firm. He has been an ardent supporter of student life at Johns Hopkins by establishing a scholarship fund for undergraduates at the Krieger School for Arts and Sciences, a chair in biology, and a professorship in economics. He also helped to bring a state-of-the-art recreation center to the Homewood campus—a center that bears his name.

Harold Varmus: In 1989, Varmus was co-recipient of the Nobel Prize in Physiology or Medicine for research on genes that cause cancer. He led the National Institutes of Health from 1993 to 1999, when he worked with Congress to double the agency's operating budget. Varmus is now the Lewis Thomas University Professor of Medicine at Weill Cornell Medical College.

"This year's honorary degree recipients are people of vision and imagination," Daniels said. "Courageous thinkers and pioneers in their fields, they share our university's commitment to ideas and their power to make a lasting impact on our world." 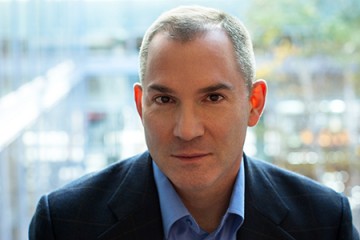 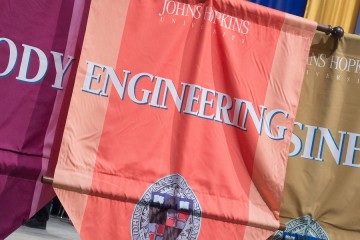 Here's what faculty and staff need to know about Commencement