Scholarships were created in late 2016 in response to country's ongoing conflict, refugee crisis

Two Syrian medical doctors displaced by that nation's ongoing conflict will attend the Johns Hopkins Bloomberg School of Public Health starting this summer on full-tuition scholarships to the Master of Public Health program.

The scholarships­ were created in late 2016 by the Bloomberg School and the Johns Hopkins Center for Humanitarian Health in response to the worsening Syrian refugee crisis. Applications were accepted from displaced Syrian health care workers who wanted to learn new skills that they could use to rebuild their country's health care infrastructure when they are able to return.

"Becoming able to save lives on a much larger scale and help raise the health care system from under the rubble again and plan for the well-being of the generations to come is my dream."
Mohammad Darwish

"There are thousands and thousands of Syrian health care workers who are either not able to practice or not able to continue their education because of the war," said Paul Spiegel, director of the Center for Humanitarian Health and a professor in the Department of International Health at the Bloomberg School. "We are excited to welcome these two doctors to the school, where they will learn from us and where we will certainly learn a lot from them."

The scholarship recipients are Alfred Tager and Mohammad Darwish, both of whom originally hail from Damascus, the capital and Syria's largest city.

Tager is currently a senior research associate at the Charleston Area Medical Center Health Education and Research Institute in Charleston, West Virginia. He said he would like to eventually work in an academic teaching hospital or humanitarian organization that focuses on underserved populations.

"Although I was unable to prevent many deaths in my country during this war, this scholarship will allow me to learn from public health leaders and use this knowledge to help save lives in my country going forward," Tager said.

Darwish is now based in Lebanon with the Palestine Red Crescent Society. He provides training in first aid and disaster management in support of refugees living in Syria and Lebanon. He said he hopes to help rebuild the health system in Syria one day.

"Saving a patient's life is every physician's dream. To me, becoming able to save lives on a much larger scale and help raise the health care system from under the rubble again and plan for the well-being of the generations to come is my dream," Darwish said. "A Master of Public Health is a crucial step on this road, and I feel very grateful to the Johns Hopkins Bloomberg School of Public Health for this initiative in a time where most of the world has turned a blind eye to the tragedy of the Syrian people."

According to the UN Refugee Agency, nearly 5 million people have fled Syria since 2011, seeking safety in Lebanon, Turkey, Jordan, and around the world. Millions more are displaced inside Syria.

Michael J. Klag, dean of the Bloomberg School, said the school looks forward to having these two doctors begin their coursework.

"Syria is in the midst of the greatest humanitarian crisis since World War II," Klag said. "The Bloomberg School is pleased to provide this opportunity for Syrian students to obtain skills in public health to help address the health needs of Syrian refugees." 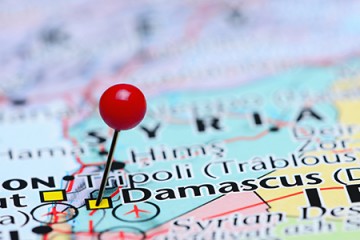 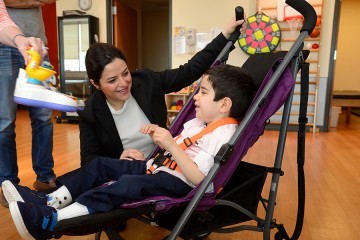