Johns Hopkins conference explores the rise of populism in Europe

The second annual Aronson International Studies Conference, held today in Hodson Hall on Johns Hopkins University's Homewood campus, brought together speakers from the U.S. and overseas to discuss the rise of populism in Europe and its impact on human rights.

The conference, hosted by JHU's Aronson Center for International Studies, invited speakers with unique perspectives as both scholars and practitioners to bridge the divide between policy and practice.

"A lot of [populist voters] are angry and disappointed because of their personal experiences. They are deeply concerned with what their societies are developing towards, and disillusioned with the political establishment. ... They turn to populist leaders with a sense of lost refuge and revolutionary spirit."
Marieke de Hoon
Vrije Universiteit

Swedish politician Gudrun Schyman, founder of the Feministiskt initiativ party, gave an overview of the rise of populism, explaining that traditional political systems have been built around capitalism, and they have alienated voters who don't fall into the middle class where politicians have increasingly focused their appeal. Those disenfranchised voters turn to populist movements that aim to restore "traditional" values and a sense of national identity.

"The idea of democracy is that every human being has the same rights, and that every human being should be a part of shaping not only your own life, but also the society," she said. "We know that that is not the situation in the world, or in our own countries. That is not the situation in the United States, it's not in Europe, and not in Sweden. ... The system does not fulfill the democratic promise."

Marieke de Hoon, an assistant professor at Vrije Universiteit in Amsterdam and a human rights lawyer, agreed. She added that people vote for populist candidates because they are unhappy with their current political systems.

"A lot of [populist voters] are angry and disappointed because of their personal experiences," she said. "They are deeply concerned with what their societies are developing towards, and disillusioned with the political establishment. ... They turn to populist leaders with a sense of lost refuge and revolutionary spirit."

"We should never underestimate the tendency of the demagogues to sacrifice the rights of others," he said. "While [populists] claim to speak for the people, they treat human rights as a hindrance to their conception of majority will."

He added: "The rise of populism should certainly lead to some soul searching from mainstream politicians. If the appeal of the strongman and the voices of intolerance prevail, the world risks entering a dark era."

The conference was co-sponsored by the Department of Political Science; the Alexander Grass Humanities Institute; the Program in Racism, Immigration, and Citizenship; the International Studies Leadership Council; the Foreign Affairs Symposium; the JHU Chapter of European Horizons; the Leonard and Helen R. Stulman Program in Jewish Studies; and IDEAL at JHU. 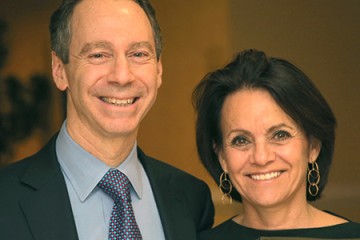