He comes to JHU from University of Iowa's College of Education, where he helped expand enrollment and redesign curricula 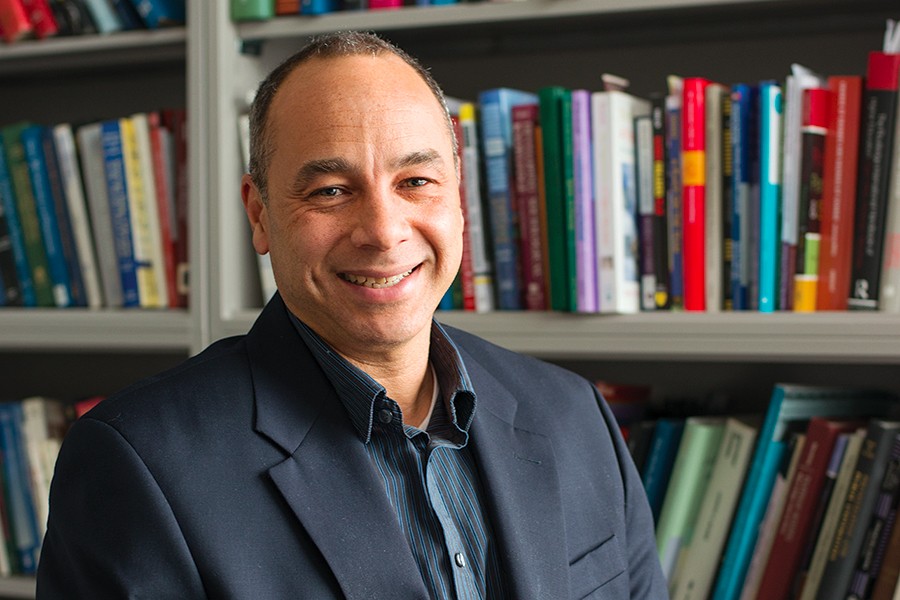 Some people struggle to find a path to their life's work. For others, that path starts at the kitchen table.

"My parents were K-12 teachers, my sister is a K-12 teacher, and my brother-in-law is an elementary school principal," says Christopher C. Morphew, the newly appointed dean of the Johns Hopkins University School of Education. "And my wife is an advisor to university students.

"When I was growing up, dinner table conversations were dominated by the news of the district," he says. "I saw what a difference my parents could make in the lives of children and a community as a result of being teachers."

"The Johns Hopkins School of Education is a young, high-performing, highly ranked unit, surrounded by one of the world's best research universities. A chance to help its faculty, staff, and students carve out a unique identity is an extraordinary opportunity."
Christopher Morphew
School of Education dean

Morphew, now executive associate dean for research and innovation at the University of Iowa College of Education, will join Johns Hopkins on Aug. 1. He will lead a school of about 130 faculty members and 2,400 students that is dedicated to training committed teachers and school leaders, to producing leading education scholars, and to research that leads to evidence-based improvements in American pre-K-12 education.

That may seem like a long distance from a childhood dinner table in Estherville, Iowa, but Morphew's motivation and ethos comes from those mealtime conversations with his family.

"I aspire to be an ethical, forward-thinking leader," Morphew says, "who inspires and works with the School of Education community to ask bold questions and educate students from all over the world … to better understand how to create more effective schools and other organizations focused on helping individuals and communities."

Morphew's appointment was approved by the executive committee of the university's board of trustees, on the recommendation of JHU President Ronald J. Daniels and Sunil Kumar, provost and senior vice president for academic affairs. He will take over for Mariale Hardiman, who has been serving as dean of the School of Education on an interim basis since April 2016.

"Dr. Morphew has the vision, focus, and proven skills to lead the school's talented faculty and staff in seizing new opportunities and tackling the complex challenges facing pre-K-12 education across this country and here in Baltimore," Daniels says. "He is the right person to guide the continued growth and upward trajectory of our School of Education."

As executive associate dean at Iowa since 2014, Morphew has overseen a rapid, record-setting expansion of the College of Education's sponsored research. He has introduced new collaborative efforts between the college and faculty members elsewhere in the university aimed at, among other things, an interdisciplinary approach to understanding human development and learning. He oversees college resources such as the Education Technology Center and is responsible for community engagement and economic development initiatives.

Previously, as chair of the Department of Educational Policy and Leadership Studies beginning in 2009, Morphew was responsible for three master's and doctoral programs. He and his department increased enrollment in all three programs and redesigned the curricula in two.

"The Johns Hopkins School of Education is a young, high-performing, highly ranked unit, surrounded by one of the world's best research universities," Morphew says. "A chance to help its faculty, staff, and students carve out a unique identity is an extraordinary opportunity.

"Schools of education should aspire to be the places where relevant, interdisciplinary, cutting-edge research on schools and learning take place," he adds. "Just as Johns Hopkins changed medical education and medical research in the late 19th century, I'd like the School of Education to be the place where policymakers, foundations, and school leaders expect to find the most relevant and useful research that can shape the field in the coming decades."

"I've collaborated with U.S. and international researchers trained in fields such as public policy, K-12 education, political science, and sociology," Morphew says. "Educational problems are typically complex, in that they involve the interaction of people, organizations, and learning. Complex problems require solutions that stitch together methodological tools and frameworks from many fields."

Johns Hopkins has offered teacher education since 1909, but the School of Education was established as a standalone division of the university in 2007. It awards more than 500 master's and doctoral degrees annually. Its research and development work includes the Center for Research and Reform in Education, the Center for Social Organization of Schools, the Johns Hopkins Institute for Education Policy, and the Center for Technology in Education. The school is an integral part of several Johns Hopkins interdisciplinary programs, such as the Science of Learning Institute and 21st Century Cities Initiative.

One of the school's prominent community outreach efforts is administration and operation of the Henderson-Hopkins K-8 public school and Weinberg Early Childhood Education Center in the new Eager Park neighborhood of East Baltimore.

The school also encompasses the Division of Public Safety Leadership, which conducts research and technical assistance projects and offers undergraduate and graduate degrees in organizational leadership for future police and public safety leaders.