The National Cancer Institute has picked the Johns Hopkins Montgomery County Campus as the site for a new laboratory building for its epidemiology and genetics researchers.

The planned 70,000-square-foot building will bring together about 134 scientists and employees now working in separate facilities in Gaithersburg and Frederick, about 25 miles apart.

The new labs will be on the east side of the campus, between the university's own buildings and an NCI parking deck. The 1.5-acre site is very close to the NCI's 517,000 square-foot existing building on the campus, which opened in 2013 and houses more than 2,200 NCI employees.

"We are glad the JHU Montgomery County Campus meets NCI's needs to advance research and innovation in cancer genomics," Weber said. "We look forward to welcoming these researchers to the campus community." 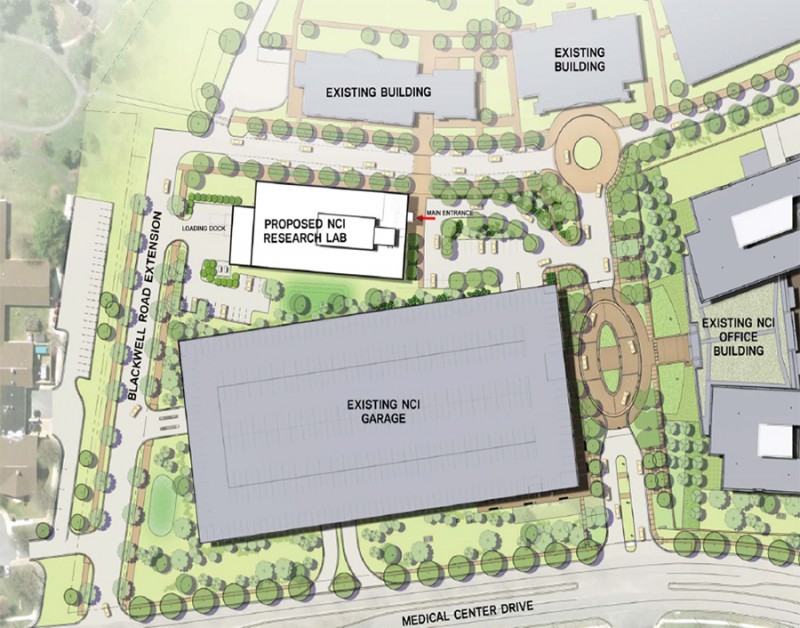 The new building will be developed and owned by an affiliate of the JBG Cos., which has leased the ground from Johns Hopkins. The same arrangement is in effect for the first NCI building. If all approvals are obtained, JBG plans to start construction this fall, and NCI would occupy the building in mid-2019.

The labs to be located in the building work on cancer genomics, translational genomics, genomic susceptibility, and genetic epidemiology. Bringing the research teams together is expected to promote easier collaboration among scientists and allow them to share equipment, data, and computer capacity.