Celenza, a Johns Hopkins faculty member since 2005 and vice provost for faculty affairs since Oct., will assume new role July 1

Humanities scholar Chris Celenza, a member of the Johns Hopkins faculty since 2005 and the university's vice provost for faculty affairs since October, will leave JHU at the end of the academic year to become dean of Georgetown College, the oldest and largest of Georgetown University's nine schools. 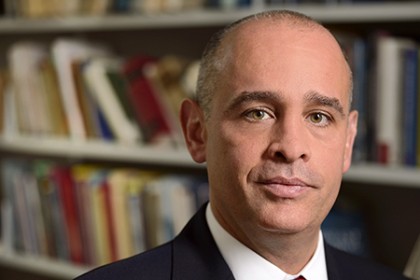 Georgetown College, founded in 1789, offers undergraduate programs in arts, humanities, languages, and the social sciences. It is home to 26 academic departments, 15 interdisciplinary programs, and nearly 4,000 students.

"Dr. Celenza's work—both as a scholar and as an academic leader—is extraordinary," Georgetown President John J. DeGioia said in a message today announcing Celenza's hiring. "We look forward to welcoming him to our university community and to the many ways he will animate our college and support our faculty and students as they engage in their very best work."

Celenza will assume his new position at Georgetown's Washington, D.C. campus on July 1. He will replace the current dean, Chester Gillis, who has served in the position since 2009.

"I will greatly miss my colleagues and friends at Johns Hopkins, from whom I have learned so much over the years," Celenza said, "even as I am looking forward to the opportunities ahead at Georgetown."

As vice provost for faculty affairs, Celenza worked closely with schools across the university to address issues related to recruiting and retaining faculty. His efforts have been aimed at fostering collaboration, increasing faculty diversity and administering the university's ongoing Faculty Diversity Initiative, and working to assess and improve mentorship programs for junior faculty.

"Chris has made many valuable contributions to the provost's office and has had a distinguished career at Hopkins," Johns Hopkins Provost Sunil Kumar said. "While we are sad to see Chris leave, we wish him all the best in this exciting next chapter of his career."

Prior to joining the provost's office, Celenza served as vice dean for the humanities and social sciences at JHU's Krieger School of Arts and Sciences. He is a professor in the Department of German and Romance Languages and Literatures, and he has served as chair of the Department of Classics, in which he has a joint appointment.

Celenza also played a key role in the spring 2016 establishment of the Alexander Grass Humanities Institute, which serves as a focal point to advance humanities scholarship and teaching at Johns Hopkins.

He is the author or editor of seven books and more than 40 scholarly articles or book chapters dealing with Italian Renaissance history, post-classical Latin literature and philosophy, and the history of classical scholarship.

"A humanities scholar of the highest caliber, Chris is recognized by his fellow scholars as a thoughtful leader, not only in the classics, but in higher education generally," said Beverly Wendland, dean of the Krieger School. "For more than a decade, Chris shared his expertise with the Krieger School, first as a beloved professor and then as an academic leader serving as vice dean for the humanities and social sciences, where his guidance and insight were invaluable. We congratulate Chris on this exciting next step in his illustrious career."

Celenza came to Johns Hopkins in 2005 after teaching for nine years in the Department of History at Michigan State University. He holds two doctoral degrees—one in history from Duke University and one in classics and neo-Latin literature from the University of Hamburg.

He has received numerous awards and grants, including fellowships from the Guggenheim Foundation, the Fulbright Foundation, and the American Council of Learned Societies. From 2010-14, he served as director of the American Academy in Rome, the United States' oldest center for independent art and humanities research based outside the country.

Celenza's wife, Anna, has taught at Georgetown since 2006 and is now a professor of music in the Department of Performing Arts. 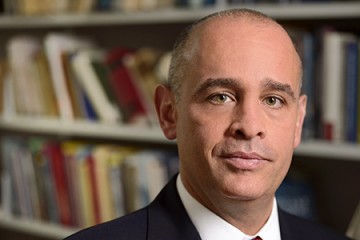