If Music Be the Food, a benefit concert series that aims to increase awareness and support for people with food insecurity in Baltimore, kicks off this week with a program featuring Peabody Institute students and faculty, as well as members of the Baltimore Symphony Orchestra.

The performance takes place Wednesday at 7:30 p.m. at the Emmanuel Episcopal Church. 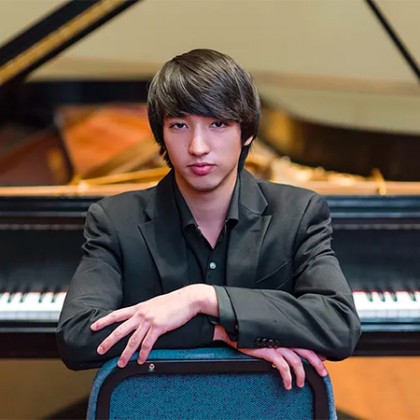 Lior Willinger, a Peabody graduate student, started the series after being inspired by "other artists who have started community projects like this," he said. He cited both If Music Be the Food, the Rochester, New York, series that began in 2009; and Music for Food, whose artistic director is violist Kim Kashkashian, a Peabody alum. The latter effort started in Boston, and satellite series have sprung up in eight other cities.

Willinger heard about Music for Food in summer 2015 while attending the Sarasota Music Festival, where Kashkashian is a faculty member.   "One day I was talking with a festival volunteer about Kim Kashkashian's Music for Food in Boston," Willinger said, "and what started out as a simple conversation led us to think that this sort of initiative needs to exist all across America. And why not Baltimore?"   Willinger added that the 2015 death of Freddie Gray while in Baltimore Police custody, and the powerful local responses to Gray's death, awakened in him a sense of duty and responsibility.

"It was really during that time in the spring of 2015 when I started asking myself, 'What can I do to make a difference for the city in which I live?,'" he said. "There's a real drive, I think, among the student body to go out into the community, perform, and contribute to the common good. When I started sending out emails asking if people would like to be involved, I got a huge outpouring of requests to perform and to volunteer. I was overwhelmed with the amount of support."   He contacted Carol Rodland, artistic director of Rochester's If Music Be the Food series, who he said was more than enthusiastic that he was interested in starting a Baltimore series. The first concert took place in May 2016, which gave Willinger the confidence to program a two-concert series this spring.

For Wednesday's concert, Willinger has put together a mix of young and professional musicians performing a mix of works from both contemporary and established composers. The evening includes Aeris, an undergraduate brass quintet of Peabody students; and performances by faculty composer David Smooke and the Witches, a duo of Peabody students Ledah Finck and Louna Dekker-Vargas.

Willinger, a pianist, will be joined by tenor Andrew Hann to perform song selections by composer Frances Pollock, and Peabody faculty violist Maria Lambros performs a world premiere of Finck's "Valley Song." The concert concludes with a performance of Robert Schumann's Piano Quartet in E flat major, Op. 47 by violinist Holly Jenkins, violist Jacob Shack—both BSO musicians—cellist Tzu-Jou Yeh, and Willinger.   "I hope people enjoy that the program offers a wide variety of styles and that it features local composers and performers," Willinger said. "I think there's a good balance between new music and traditional music. And the program features musicians on a variety of levels—undergraduate and graduate students, Peabody faculty, and musicians from the local symphony. The collective effort means a lot to me."

Tickets can be purchased online or at the door, and proceeds will benefit the Maryland Food Bank. Attendees may bring nonperishable food items, though Willinger said that working with the Maryland Food Bank has showed him that monetary donations enable the nonprofit hunger-relief organization to have "the flexibility to spend according to their needs," he said. "They are able to purchase food at 40% wholesale," adding that with ticket sales proceeds, "the Food Bank benefits in the most effective way possible."

And that's the primary goal of the event. The concert series is "really something I'm hoping will grow," Willinger said, "so that every season we're able to increase the amount of support we're able to give to the food insecure."