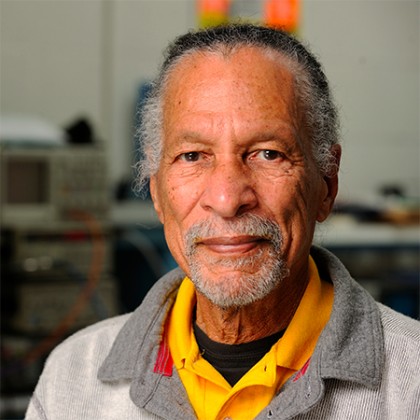 When James West was a child, his curious mind compelled him, much to his family's chagrin, to take apart his grandfather's watch and his brother's toys and to stick his finger in an electrical outlet.

But a lifetime of curiosity also led him—even without the benefit of an official college degree—to secure more than 250 patents and accelerate the communications revolution.

In 1962, West and Gerhard Sessler, a fellow engineer at Bell Labs, developed the electret microphone, which is used today in most telephones and many other electronic devices. During more than four decades with Bell Labs, West continued to innovate and to expand academic and professional opportunities for blacks through the company's Summer Research Program and Corporate Research Fellowship Program.

West joined the Johns Hopkins University faculty in 2002—at age 72—as a research professor in the Whiting School of Engineering. In September 2016, he was promoted to full professor.

Making Waves: After 60 years at the vanguard of the physics of sound, prolific inventor James E. West is on to his next big project

At Johns Hopkins, West continues his legacy of groundbreaking research and of expanding learning opportunities for future engineers. As the first chair of the Divisional Diversity Council of the Whiting School, he worked with colleagues to recruit and retain minority students. Today in his mid-80s, he's working on ideas for advanced, noise-filtering stethoscopes.

Ilene Busch-Vishniac, former dean of the Whiting School and a mechanical engineering professor, describes West, whom she helped recruit to Johns Hopkins, as "arguably the most accomplished and important black scientist active today."

For his achievements, West has been honored with a National Medal of Technology, the nation's highest honor for technological innovation, and been inducted into the National Inventors Hall of Fame. 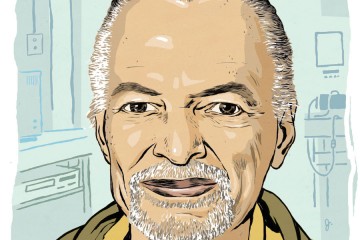