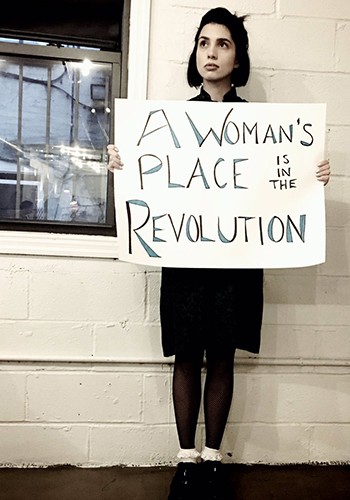 In 2012, Tolokonnikova and fellow Pussy Riot member Maria Alyokhina were imprisoned after participating in "Punk Prayer," a performance in the Moscow Cathedral of Christ the Savior. They were convicted of "hooliganism" and held for a total of 20 months before being released in late 2013 under an amnesty bill.

Tolokonnikova called her release "cynical" and a "cosmetic measure" by Putin to foster international goodwill before the 2014 Winter Olympics in Sochi, Russia. She and Alyokhina intended to protest the Olympics, but were discovered and attacked with horsewhips by security.

Since springing onto the international stage with her arrest, Tolokonnikova has helped found MediaZona, a Russian news outlet aimed at countering misinformation. She has continued to create satirical music videos with political overtones, including a series of videos lambasting U.S. President Donald Trump.

A Warning for Americans From a Member of Pussy Riot

The annual Foreign Affairs Symposium series, celebrating its 20th anniversary this year, is run by Johns Hopkins students and sponsored by the university's Office of Student Development and Programming. All events are free and open to the public; reserved seats can be purchased in advance through jhutickets.com. This year's theme is Undercurrent; a full lineup of speakers for the series is expected to be released next week. 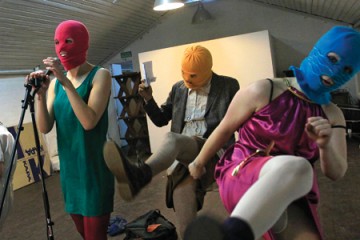