Dan Teran, a 2010 graduate of Johns Hopkins University, is one of 60 All-Star Alumni to be recognized this year by Forbes in its annual 30 Under 30 feature. 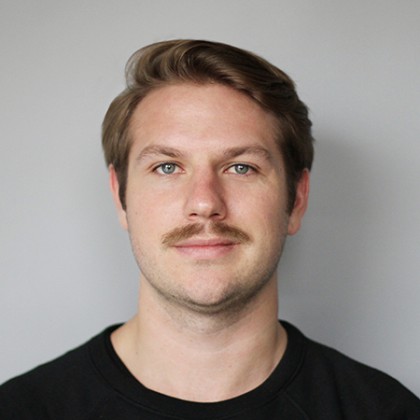 Teran, 27, was named to the 30 Under 30 list last year in the category of Enterprise Tech for his startup, Managed by Q. This year, he was selected from hundreds of the magazine's past 30 Under 30 honorees for special alumni recognition.

"It is definitely an honor to be featured as an All-Star Alum—especially next to Taylor Swift," Teran said.

Managed by Q helps businesses around the country arrange for office maintenance, with services including scheduled cleaning, repairs, IT support,and catering. Since its founding in 2013, Managed by Q has grown to operate in thousands of offices across New York, Chicago, Los Angeles, and San Francisco. A pioneer in the field of on-demand service startups, Managed by Q hires its operators—the team of cleaners, software developers, and other service providers—directly rather than as contractors, and the company provides competitive pay, health insurance, and other benefits such as retirement plans and stock options.

Teran, who served as class president his first year at Johns Hopkins, completed his degree in International Studies in three years. After launching Managed by Q with his business partner, Teran selected as the company's first hire fellow Johns Hopkins graduate Harrison Johnson, an International Studies major who graduated in 2012. Johnson now manages all partner operations for the startup.