In their search for new ways to treat cancer, many scientists are using a high-tech process called genome sequencing to hunt for genetic mutations that encourage tumor cells to thrive. To aid in this search, some researchers have developed new bioinformatics methods that each claim to help pinpoint the cancer-friendly mutants.

But a stubborn question remains: Among the numerous new tactics that aim to spotlight the so-called cancer driver genes, which produce the most accurate results?

To help solve this puzzle, a team of Johns Hopkins computational scientists and cancer experts have devised their own bioinformatics software to evaluate how well the current strategies identify cancer-promoting mutations and distinguish them from benign mutations in cancer cells.

"Identifying the genes that cause cancer when altered is often challenging, but is critical for directing research along the most fruitful course."
Bert Vogelstein, Johns Hopkins Kimmel Cancer Center

The team's paper, titled "Evaluating the evaluation of cancer driver genes," was published recently in the Early Edition of Proceedings of the National Academy of Sciences. The scholars say it is important to assess how well these genetic research methods work because of their potential value in developing treatments to keep cancer in check.

"Identifying the genes that cause cancer when altered is often challenging, but is critical for directing research along the most fruitful course," said Bert Vogelstein, a member of the Ludwig Center at the Johns Hopkins Kimmel Cancer Center and one of the journal article's co-authors. "This paper establishes novel ways to judge the techniques used to identify true cancer-causing genes and should considerably facilitate advances in this field in the future."

The lead author of the article was Collin J. Tokheim, a doctoral student in the Institute of Computational Medicine and the Department of Biomedical Engineering, which are both shared by the university's Whiting School of Engineering and its School of Medicine. He was supervised by his doctoral adviser, Rachel Karchin, an associate professor of biomedical engineering and oncology and a core faculty member of the university's Institute for Computational Medicine. Karchin, who also is a member of the Kimmel Cancer Center, was the senior author of the journal article.

Tokheim said one of the challenges the team faced was the lack of a widely accepted consensus on what qualifies as a cancer driver gene. "People have lists of what they consider to be cancer driver genes, but there's no official reference guide, no gold standard," he said.

The results were not entirely reassuring. "Our conclusion," Tokheim said, "is that these methods still need to get better. We're sharing our methodology publicly, and it should help others to improve their systems for identifying cancer driver genes." 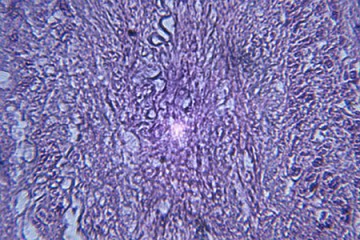