The spotlight in baseball tends to fall on the clutch moment, the final inning, the key at-bat with the game on the line. But players also reveal themselves when the team's got little to gain or lose. 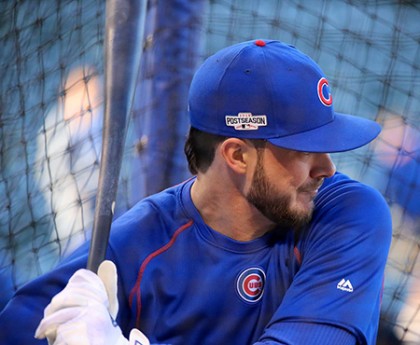 In time for Major League Baseball's winter meetings this week, a team of computer scientists from the Johns Hopkins University is adding to the ocean of data-driven baseball statistics with what appears to be the first analysis of hitters' performance when their team is either just about guaranteed to win or hopelessly behind. In a 54-page unpublished paper consisting mostly of statistics, the authors call this the "meaningless game situation."

"In this paper, our goal has been to raise awareness about the fact that not all at-bats during a season are of equal import," wrote the authors, Johns Hopkins sophomore Evan Hsia; former student Jaewon Lee, who graduated in the spring; and Anton Dahbura, an associate research scientist at JHU. "Some players have been able to significantly improve their overall season statistics by maximizing their performance in those situations."

Baseball fans are familiar with comparisons of player and team performances in day and night games, or home and away games. The MGS presents another duality.

"You can look at it as a different type of split," said Dahbura, who along with his academic credentials is also one of four principal owners of the Hagerstown Suns, a minor-league affiliate of the Washington Nationals, based in western Maryland.

Fans know that in general, teams play differently when they have a big lead. The manager might lift a top pitcher to save his arm for a more competitive game. Players might be less aggressive in trying to take an extra base or score runs, lest they be accused of piling on. The player who tries hard when his team is far behind is praised for competitive spirit, while the one who plays aggressively with a big lead risks on-field confrontations or retaliatory pitches thrown close to the head.

The analysis attempts to quantify this, and shows a range of performance in MGSs.

The analysis is based on statistics from four major league seasons, 2013 to 2016, a sample of more than 9,600 games. The authors define a "meaningless game situation" as one in which—based on historical data—there is less than a 5-percent chance of a losing team overcoming its deficit. While acknowledging that they chose the "meaningless" threshold "somewhat arbitrarily," the authors argue that with a 5-percent chance of the trailing team catching up, most observers of the game would figure the outcome is settled.

According to the report, the 2016 king of the MGS happens also to be the man voted the National League's Most Valuable Player: Kris Bryant, third baseman and occasional outfielder for the 2016 world champion Chicago Cubs. Bryant batted .292 in the regular season and finished in the top 10 in the league in several hitting categories, including third in home runs with 39 and sixth in runs batted in with 102.

In MGSs with the Cubs ahead, Bryant was even more impressive. He hit .500 in those 52 at-bats, with six home runs and 21 RBI. In his 84 at bats in all MGSs—including those when the Cubs were behind—he batted .400.

Other players who also thrived in MGSs in 2016 include the Toronto Blue Jays' Edwin Encarnacion, the Colorado Rockies' Carlos Gonzalez, and the San Diego Padres' Yangervis Solarte, who all joined Bryant in the .400-MGS club. Gonzalez also was the only MLB player to break into double-digits in the MGS home run category with 10, though he was tied with six other players for 57th most home runs in the regular season.

Baltimore Orioles third baseman Manny Machado—who finished 31st in the majors with 96 RBI—led in MGS RBI with 30, 28 of those while the Orioles led.

Dahbura said the statistic could potentially play a role in contract talks, as it answers questions about when a player is doing most of his hitting.

"Somebody is hitting .290, but is he piling up his average" when the hits don't matter? Dahbura said. "When the game's really on the line, he may be a .240 hitter."

Dahbura said the statistic could also help coaches work with players who are performing much better in "meaningless" situations. "What's going on? Are they more relaxed in MGSs?"

The authors hope that the MGS will give analysts and fans food for thought, and enshrine the concept in the already abundant conversation about baseball statistics.

"It is our goal," the authors wrote, "to promote MGS as a statistic that will one day be incorporated into statistical database splits, so that the performance of Major League Baseball players under more or less game pressure is brought under the light." 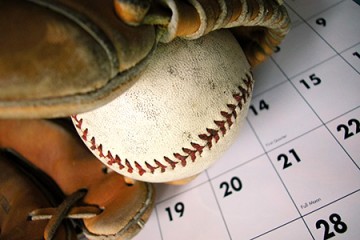