In 1994, Johns Hopkins University medical ethicist Ruth Faden was asked to consult the U.S. Department of Energy on reports of government-sponsored radiation-related medical research conducted on citizens without their knowledge.

Faden, who taught at what was then known as the Johns Hopkins School of Hygiene and Public Health (now the Bloomberg School of Public Health), was shocked by the accounts of widespread radiation experiments on unknowing, unconsenting citizens. Faden suggested that the DOE convene an independent investigation, and it should not be limited to that department alone.

Research subjects included terminal cancer patients and more than 200,000 military personnel who were used to study the effects of exposure to atomic weapons.

Secretary of Energy Hazel O'Leary and President Bill Clinton agreed, asking Faden to lead the investigation as chair of the White House Advisory Committee on Human Radiation Experiments—known by its acronym, ACHRE. Faden assembled an interdisciplinary staff of historians, clinicians, philosophers, lawyers, and scientists who worked together with the committee for 18 months before issuing a report on Oct. 3, 1995.

Today, the Johns Hopkins Berman Institute of Bioethics hosts a day-long symposium to consider the committee's work and its impact in the 20 years since the release of its report. The Secrecy, Security, and Science Symposium will bring together the original members of the ACHRE committee and staff who will reflect on the seminal report and its impact since 1995. They will explore topics including the regulation of human-subject research, considerations around remedies for past wrongs, and the use of historical information to make moral judgments about the past.

According to a New York Times article published in 1994 shortly after President Clinton established ACHRE, Faden said the most difficult task for the committee would be deciding what standard of ethics to measure the experiments against. Indeed, she saw in these analyses the potential to "rewrite the history of ethics and research on human subjects in this country." 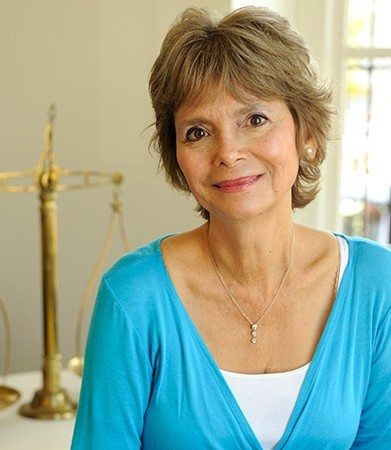 The investigation spanned six cabinet offices and included testimony from more than 200 public witnesses and tens of thousands of declassified government records. Among the testimonies was that of Fred Boyce, who was an unwitting research subject at the Walter E. Fernald State School, an institution for children who were wards of the state. Boyce was among a group of boys in the "Science Club" who were given oatmeal laced with radioactive isotopes in an experiment funded by the federal government in collaboration with Quaker Oats.

Other research subjects included terminal cancer patients and more than 200,000 military personnel who were used to study the effects of exposure to atomic weapons. When The New York Times recently revisited ACHRE in their Retro Report video series, the focus was on these "atomic veterans." In other cases of intentional exposures from the 1940s to the 1960s, dangerous radioactive material was simply released into the air.

When President Clinton accepted the ACHRE report and its recommendations in October 1995, he established the National Bioethics Advisory Commission. Successive presidents have continued the practice, ensuring that high level attention to bioethics continues at the federal level.

Faden went on to establish the Johns Hopkins Berman Institute of Bioethics in 1996 and served as its director for 20 years, stepping down from that role in June 2016.

"In terms of the accomplishments of the commission, to me, one of the most important was recording history," Faden said in 2000, reflecting on the legacy of ACHRE. "Like any kind of completing or correcting of the historical record, there's an inestimable value that you have to attach to knowing that a part of history that was not acknowledged, not preserved, is now protected. It will take time to determine whether we were a footnote in history or whether we had more impact than that."

Twenty years on from the report's release, Faden will join her ACHRE colleagues to examine that question.