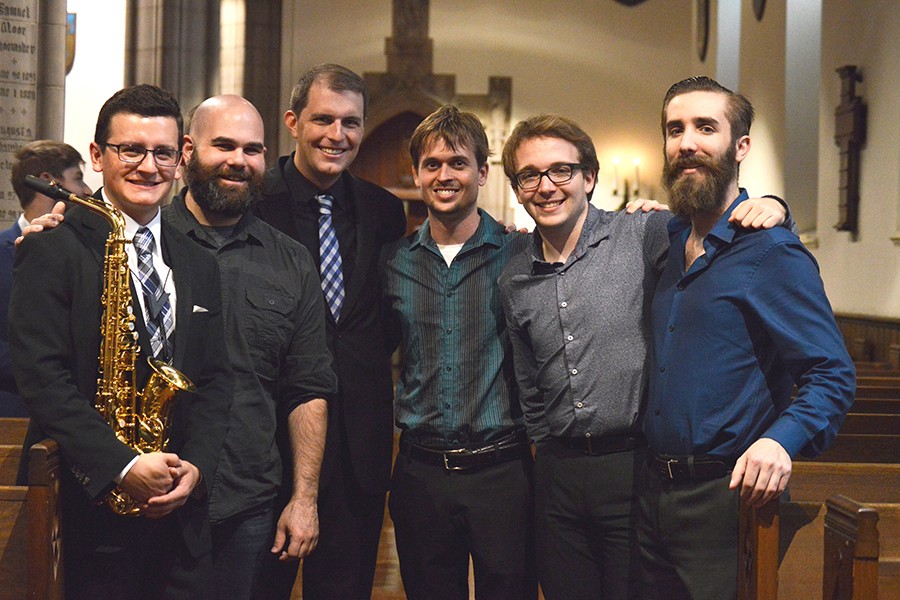 Symphony Number One kicks off its second season this weekend with an evening titled "Wealth of Winds," a program that pairs Strauss' Symphony for Winds ("The Happy Workshop") and Mozart's Serenade No. 10 ("Gran Partita") with the world premiere of composer Martha Horst's "Straussian Landscapes," which is inspired by Strauss' Alpine Symphony, Salome, and his 2nd "Sonatine" for winds.

Symphony Number One founder and musical director Jordan Smith, a doctoral candidate in the Peabody Institute's orchestral conducting program, started SNO with just such a programming mix in mind: combining the canon with new works by emerging composers, who they reach out to via semi-regular calls for scores competitions. Horst was one of the winners that SNO announced in February.

"Marta was one of the two winners of our second calls for scores, which we had in the winter," Smith says. "She sent us a piece for strings that was brilliant, edgy, very energetic and fleet of foot. And she sent us this introspective piece for percussion and voices, and so we thought, OK, let's have her write us a piece for winds."

Q&A with Symphony One

Horst's "Straussian Landscapes" is one of more than a dozen new works SNO has premiered in its short existence. The chamber orchestra—which includes many Peabody students and alumni, including co-founder and composer-in-residence Nicholas Bentz, co-founder and saxophonist Sean Meyers, executive director and principal clarinetist Melissa Johnson Lander, and principal violinist Christopher Ciampoli—made an impressive debut season. In addition to premiering new works, it released two albums—Symphony Number One and Emergence—and was named a category buster in Baltimore magazine's 2016 Best of Baltimore issue.

The remainder of the 2016-17 calendar echoes many of the high points of its debut season. SNO debuted last year with a downsized arrangement of Mahler's Symphony No. 4; in November, the ensemble performs an arrangement of Mahler's "Das Lied von der Erde" ("Song of the Earth"), a piece for two vocalists and orchestra, and features two Peabody alumni: soprano Taylor Boykins, named SNO communications director over the summer, and tenor Joshua Diaz.

"The big hallmark project in the spring," Smith says, "is the [Steve] Reich Double Sextet, which was commissioned for Eighth Blackbird. It won the Pulitzer Prize for Music in 2009."