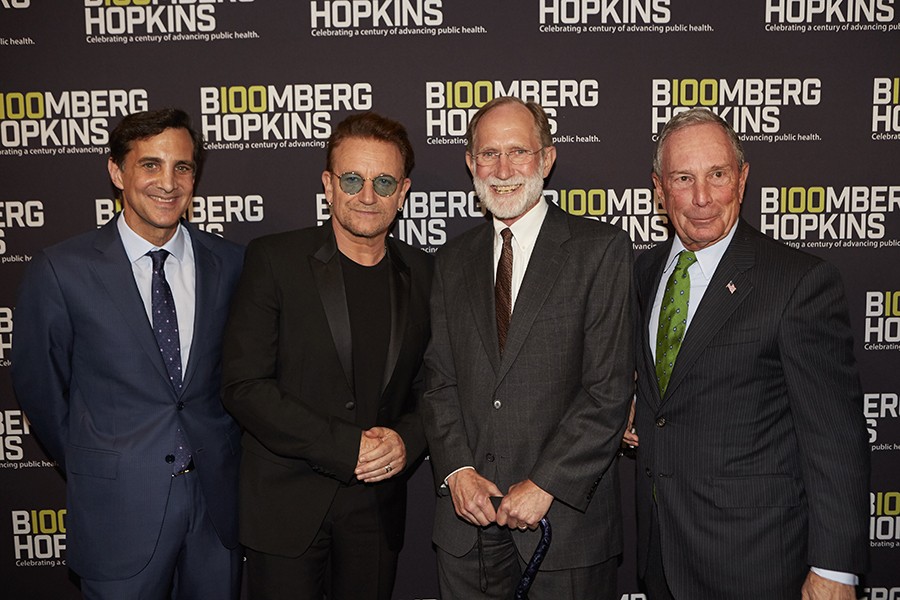 Bloomberg Philanthropies and the Johns Hopkins Bloomberg School of Public Health hosted a dinner on Monday evening in Manhattan to celebrate the 100th anniversary of the founding of the Bloomberg School. The evening's highlights included a series of awards to luminaries who have made major contributions to public health around the globe.

"For 100 years, the Johns Hopkins Bloomberg School of Public Health has been the single most influential and important school of public health in the world," Bloomberg said. "Its past and present graduates, faculty, and administrators perform difficult and often thankless work, not for money or fame, but to live up to the school's motto—saving lives, millions at a time. My involvement with Hopkins and its school of public health has been one of the most rewarding experiences of my life."

The event was emceed by Katie Couric and featured speakers including Vice President Joe Biden and Tom Frieden, director of the U.S. Centers for Disease Control and Prevention. It culminated with the presentation of the Bloomberg Hopkins Emerging Leader Award—a $100,000 award presented to a Bloomberg School student or alumnus who has demonstrated exceptional and inspiring public health practice and/or research—to Tolbert Nyenswah. Nyenswah, Liberia's deputy minister of Health and Social Welfare and a 2012 MPH graduate of the Bloomberg School, led his country's remarkable turnaround of the Ebola outbreak.