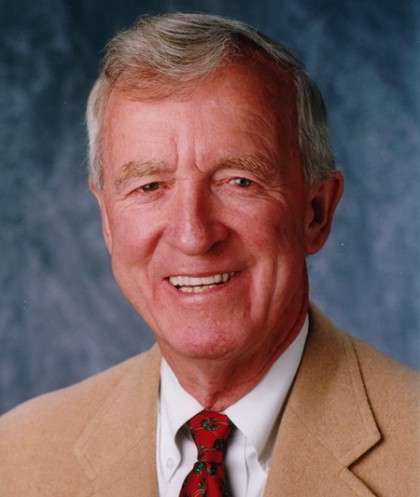 Bob Scott, who served as men's lacrosse coach and director of athletics at Johns Hopkins University in a career that spanned four decades, died Thursday, the university announced this morning. He was 86.

Scott coached the Blue Jays lacrosse coach for 20 seasons, from 1955-1974. Hopkins compiled a 155-58-1 record during his tenure and won seven national championships, including the school's first NCAA championship in 1974.

Scott transitioned to a role as JHU's director of athletics in 1973 and served in that role until he retired in 1995, more than 46 years after first arriving on the university's Homewood campus as an undergraduate. He also coached football, basketball, wrestling, and soccer at various points during his Hopkins career.

"Bob Scott represented all that is good about coaching and athletics," said Johns Hopkins men's lacrosse coach Dave Pietramala. "Few others have touched the lives of so many, and Johns Hopkins would not be the place it is today without Bob Scott. We've lost one of the truly special ones."

During his career, Scott acted as an educator, historian, and ambassador of lacrosse, traveling across the country and around the world to promote the game. His 1976 book Lacrosse: Technique and Tradition is still considered a premier guide to the sport.

Johns Hopkins' swimming, baseball, basketball, and fencing programs all achieved national prominence during Scott's tenure as director of athletics, and he also oversaw the addition of the entire women's athletics program, which grew to 12 teams before he retired. 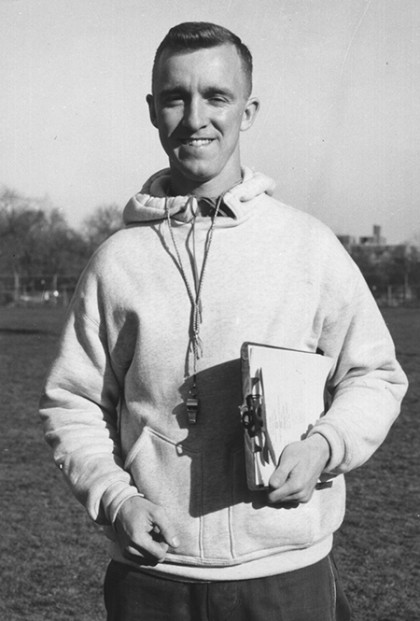 Perhaps Scott's greatest attribute, however, was his ability to bring together good people. Under his direction, Hopkins assembled one of the finest coaching staffs in the nation. Seven full-time head coaches who were hired by Scott remain in their position to this day.

"One cannot join the Johns Hopkins community, as I so recently have, without hearing from everyone you meet about the miracle that was Bob Scott, as an athlete, as a coach, as a teacher, as a son of this university and, most importantly, as a man," said Alanna Shanahan, who took over as JHU's director of athletics in July. "His legacy as a coach, administrator, and leader continue to be the foundation of Johns Hopkins athletics, and we will honor that legacy by representing the university with the same passion he demonstrated for more than 40 years."

Scott first came to Homewood in the fall of 1948 following a standout athletics career at Baltimore's Forest Park High School. He excelled in football and lacrosse at Hopkins and served as the captain for both teams. In 1952, he earned honorable mention All-America honors and was named captain of the South All-Stars in that year's North-South Lacrosse Classic.

As an undergraduate student, he was president of the H-club, the lettermen's organization; was elected to membership in Omicron Delta Kappa, an honorary leadership fraternity; and received the Penniman Award for outstanding play as a midfielder. In recognition of his outstanding student leadership, the university presented him the Barton Cup.

After graduating from Johns Hopkins, Scott entered the U.S. Army and was stationed in Fort Benning, Georgia. He rose to the position of instructor in the Ranger Department. After serving for two years, Scott returned to Homewood as the men's lacrosse coach—and didn't leave until retiring four decades later.