By studying the brain, NIH scholarship recipient experiences 'the joy of discovery'

Rising junior Duy Phan, a neuroscience major, is one of two JHU students to earn a coveted NIH Undergraduate Scholarship 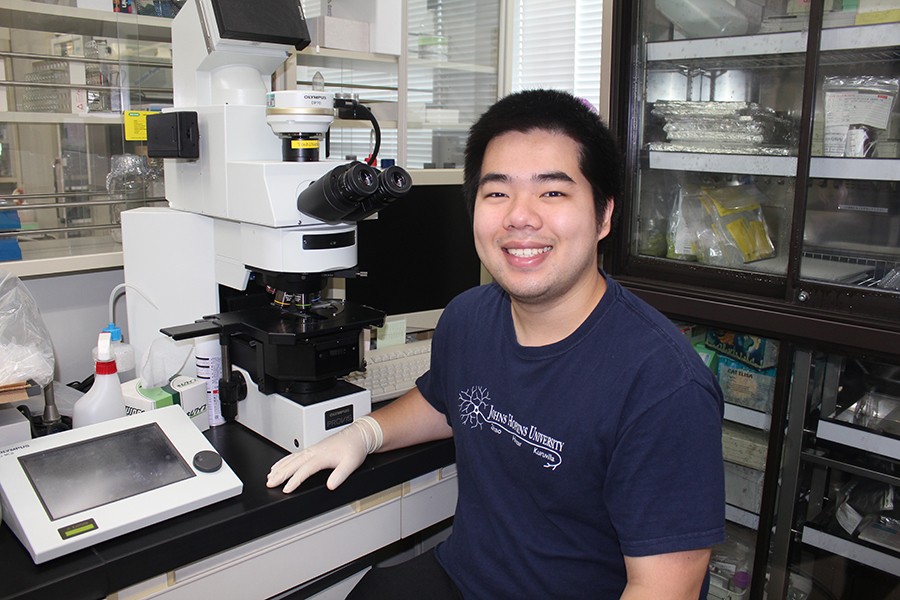 Growing up, Duy Phan believed he'd become a classical pianist. And today, at 20 years old, he is. But he's also a budding neuroscientist.

Phan, a junior at Johns Hopkins University, has more hands-on research under his belt than many accomplished graduate students. By the time he was 14, he was already working in a research lab. He spent this past summer in a neuroscience lab in Tokyo, studying the brain mechanisms of the chemical senses.

And now he has something lined up for next summer, too: work with the National Institutes of Health.

"Coming here, you realize that America is a place where you have the freedom to become extraordinary."
Duy Phan, Johns Hopkins junior

Phan recently received a coveted NIH Undergraduate Scholarship, which provides $20,000 toward his undergraduate tuition along with the paid research training next summer. After that, he's secured a year of full-time employment with an NIH lab.

Phan and fellow Johns Hopkins undergrad George Mwinnyaa are among only 15 students in the country to receive the scholarship this year.

For Phan, the NIH training is a solid bridge to his aspirations—becoming a physician-scientist to develop treatments for brain disorders.

Phan came to Johns Hopkins by way of Ohio and, before that, Vietnam. He spent the first 10 years of his life in Ho Chi Minh City before he moved with his mother to Columbus, Ohio.

He says he felt a sense of boundlessness in America.

"Coming here, you realize that America is a place where you have the freedom to become extraordinary," he says.

That notion was validated by the opportunities that came as Phan got older. Through an honors program at his high school, he was able to work in a neuroscience research lab at Ohio State University. "I experienced firsthand the joy of discovery," he says.

Phan was inspired to apply to that program in the first place by a friendship he made. During a family vacation, he met a girl around his age who had spinal muscular atrophy, a neuromuscular disease that left her paralyzed.

Despite her constraints, "my friend never showed any signs of sadness," he says. "She's actually one of the happiest people I've ever known in my life." The experience made him "committed to join the fight against diseases that affect the nervous system," he says.

At Ohio State, he worked with Christine Beattie, a specialist in spinal muscular atrophy, to study how genes shape early brain and spinal cord development.

Phan has continued to pursue this research interest at Hopkins. As a Woodrow Wilson research fellow, he's worked with JHU biology Professor Samar Hatter to study the role of adult neural stem cells in mood and learning.

With a desire to bridge the gap between science and medicine, Phan also worked with Kennedy Krieger's Dejan Budimirovic and William Anderson of John Hopkins Medicine, gaining a better clinical understanding of some of the same disorders he studied on the lab bench.

Outside of Hopkins, Phan has scored funding for a number of highly competitive research opportunities. Last year he won a Howard Hughes scholarship to research molecular technologies for controlling brain activity at the Janelia Research Campus. And in Tokyo this past summer, through a Johns Hopkins Gilman Scholarship, Phan did research in Dr. Yoshihiro Yoshihara's lab in the RIKEN Brain Science Institute Summer Program, an opportunity usually reserved for grad students or post-docs.

In Japan, Phan found "a wonderful research environment on top of the very special Japanese culture," he says.

Though science dominates much of his sightline now, Phan also remains true to his childhood passion for music. At Hopkins, he plays piano in ensemble groups and violin in the Hopkins Concert Orchestra. Next year, he plans to perform a solo concert in Shriver Hall.

Along with his ambition to fight brain disorders, Phan says he wants "to some day perform Chopin's first piano concerto with an orchestra."

For more information about the NIH Undergraduate Scholarship, visit http://fellowships.jhu.edu/. 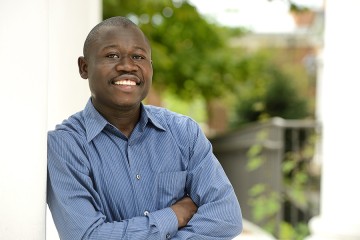 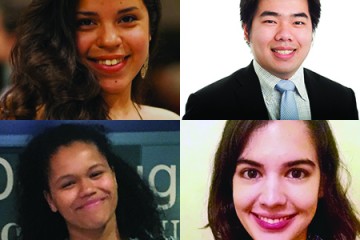