A traditional welcome for Johns Hopkins University's Class of 2020

The tradition began in 2009 as a way for upperclassmen to pass the torch to new students. During First Night, Shriver Hall is illuminated in blue lights, and luminaries are placed along Wyman Quad. Members of the orientation committee spoke to the students, as did Kevin Shollenberger, the vice provost for student affairs.

"The First Night Ceremony is a fun and symbolic gesture of welcome to first-year students," says Carissa Zukowski, a senior and the major events coordinator for the Johns Hopkins Orientation and First Year Experience. "Many of the upperclassmen have fond memories of their own First Night Ceremony, and we're excited to share the experience with the incoming Class of 2020. During an event-filled and busy orientation weekend, it's a great opportunity for students to come together and take in the moment as new Blue Jays."

First years were asked to decorate the white paper bag luminaries with descriptive words beginning with the letter S—directions some student interpreted more loosely than others—as part of the campaign to "embrace the S" in Johns. They wrote their hopes and dreams on blue and white ribbons and tied them to trees for decoration.

"Having events that rally the community together unrelated to courses and work is important and a great way to kick off the year," said Charlotte Green, a public health studies major and president of the senior class. "I saw many freshmen leaving the ceremony tonight, and they looked excited for the next four years and full of school pride." 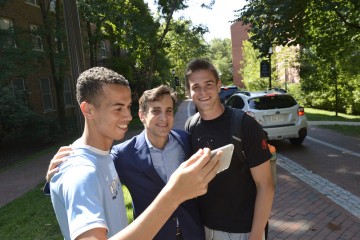 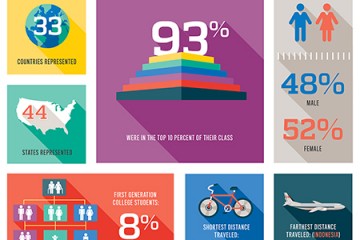 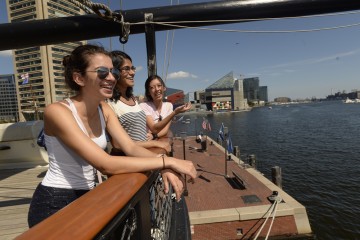