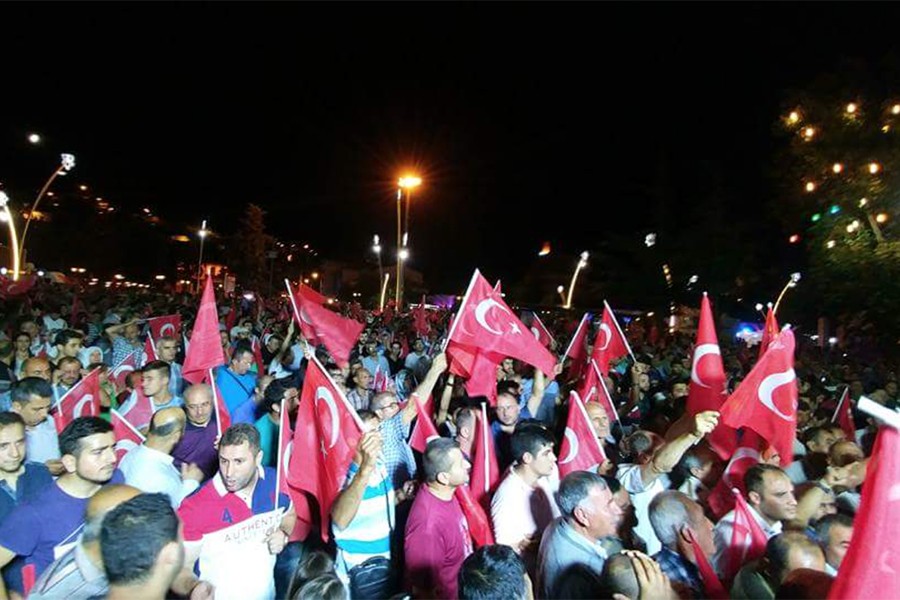 Image caption: A protest against the military coup attempt in July

In an interview for the foreign policy blog LobeLog, Middle East expert Ömer Taşpinar explores the lead-up to the recent failed military coup in Turkey and its political fallout, including its effect on the already strained U.S.-Turkey relations.

"The standard explanation for the coup attempt is 'Gulenists, Gulenists, Gulenists'—[that this is faith leader and current American resident] Fethullah Gulen's attempt to destabilize Turkey," says Taşpinar, a nonresident senior fellow in the Center on 21st Century Security and Intelligence at the Brookings Institute and an adjunct professor in Johns Hopkins University's School of Advanced International Studies. "But dozens of flag officers have been arrested from all over the Turkish military, which tells me that the coup attempt was not confined to Gulen's followers."

"I am fairly confident that [Erdogan] will exploit it now that it's happened, to gain support for the presidential system. He will tell voters that Turkey needs a strong leader who can fight enemies internally and externally."
Ömer Taşpinar, Middle East expert

Taşpinar speculates that members of the military may have feared, unreasonably, he says, "that [Turkish President Recep Tayyip] Erdogan is an Islamist megalomaniac who wants to re-establish the Ottoman Empire and make himself caliph."

"Extradition is a legal, not political, process, so there has to be legal evidence linking Gulen to decision-making within the organization," Taşpinar says. "They can prove there is a connection to Gulen sympathizers, but what is missing is any connection between Gulen himself and decision-making in Turkey."

The extradition question could complicate relations between the U.S. and Erdogan—relations which Taşpinar says he doubts fully recovered from the 2013 coup in Egypt.

"[O]ne reason why Erdogan was furious with the United States [after the coup in Egypt] was because the U.S. didn't call it a coup and maintained normal relations with the new Egyptian government," he writes. "Therefore he was always concerned that the U.S. might not support him if there were a coup in Turkey.

Is Turkey becoming a banana republic?

"Erdogan will exploit that by threatening to stop cooperating with the U.S. on issues like Iran, Iraq, Syria, and the Islamic State. Erdogan will get much more aggressive in his demands, but fundamentally I don't think it will change Washington's reaction."

Ultimately, Taşpinar says, the failed coup may prove a political boon for Erdogan, who has been pushing to consolidate power under an official presidential system—a move that his country largely does not support.

In short, says Taşpinar, "[Erdogan's] road to the presidential system is paved."

Read more from The LobeLog 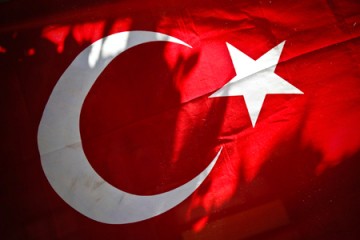 In Turkey, an awakening