Opinion: In Turkey, an awakening driven by a 'few looters'

As the anti-government protests in Turkey blaze into their fourth week, many local and international media channels still fall short of reflecting the extent of the movement. Choked by tear gas and flung around by water cannons, the Turkish protesters are desperate to have their voice heard around the world. Believing that the success of the movement relies on international awareness, the JHU Turkish Student Association takes on the duty of relaying information about what is going on in Turkey to the Johns Hopkins community.

The protests started on a small scale on May 29 when the government attempted to uproot trees in Gezi Park in Istanbul's Taksim Square, a densely populated city center with very few green areas, in order to rebuild Ottoman-style barracks to serve as a shopping mall. The police used tear gas, water cannons, and brute force to disperse the peaceful protesters, an aggressive reaction that backfired and caused more people to join the protests. Within days the protests had spread across Istanbul and the rest of Turkey.

The movement has long passed being a fight of a few hundred over some trees. The protests are the result of the tension that has been building up in the country, caused by Prime Minister Recep Tayyip Erdogan's decade-long marginalizing policies against the "nonconformist" Turkish people who refuse to adopt his dictated Islamist conservatism. Many have realized that their rightful fears of losing the democratic and secular values of the republic are becoming reality—Prime Minister Erdogan and his government recently made controversial changes to the education system, canceled the official celebrations of national days, shut the state theaters, and passed a law restricting the sale of alcohol. His recent "politically incorrect" remarks include labeling anyone who enjoys a beer at a caf&eacute; an alcoholic and advising women to have at least three children in order to persevere the nation's young population. 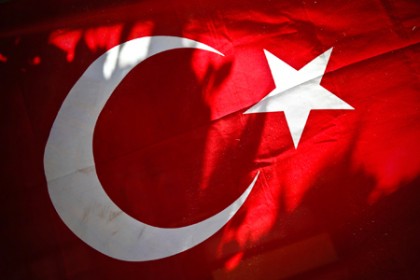 The few media channels that dared to oppose the prime minister have been silenced, and the conformist media hail him as their absolute leader. Numerous journalists who wrote against the government remain in prison, proof of Prime Minister Erdogan's lack of tolerance for any sort of criticism. The Turkish government does not seem to be disturbed by the fact that Turkey, under its direction, has the highest number of journalists in prison in the world (a claim the government denies).

Weeks after the beginning of the protests, police action against people standing up for democracy continues throughout the country, and Prime Minster Erdogan continues to marginalize the protesters, calling them a "few looters on the streets." Supporters of the movement now humorously refer to themselves as "capulcu," which means "looter" in Turkish. The word has been spray-painted in the streets and used extensively in social media, which has proved to be a more reliable source of information about what's happening in Turkey than the conventional media under state supervision.

In the past few weeks, artists, reporters, authors, professors, students, LGBT activists, housewives, and many other people of diverse backgrounds, beliefs, and ideologies have begun to call themselves &ccedil;apulcu. For the first time during his term, Prime Minister Erdogan has (however unintentionally) managed to unite nationalists, socialists, liberals, and Islamists, all against him.

We must not forget that this is not a "Turkish Spring." The Turkish Republic has been a democratic and secular state that has peacefully contained diverse races and political ideologies since its founding 90 years ago. Rather, the protests are the cry of the Turkish nation against the oppression of their leaders who fail to represent the people and uphold the founding principles of the democratic and secular republic.

As the national media continues to spread false information and some international channels fail to report on the true extent of the events, we rely on you to know and spread the truth. As more people become aware of what is going on in Turkey, the Turkish government will have to stop ignoring the nation's call for true democracy. 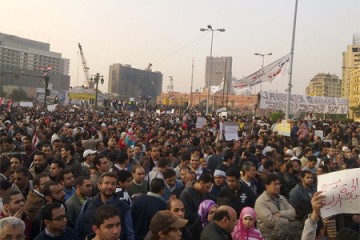 What's next for Egypt?