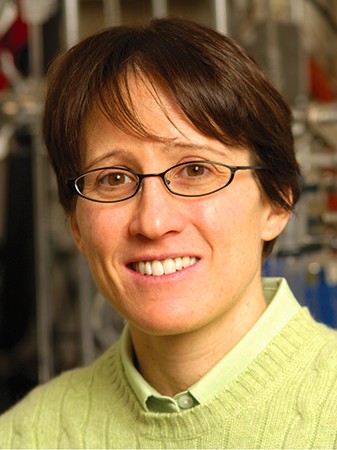 Justine P. Roth, an associate professor in the Department of Chemistry who joined the Johns Hopkins University faculty in 2003, was found dead in her Baltimore County home Monday. She was 46.

According to a message sent Tuesday to the Krieger School of Arts and Sciences community by Dean Beverly Wendland, university officials asked the Baltimore County Police Department to check on Roth, who had not been responding to phone calls and email messages. The cause of death has not been determined, but police said no foul play was involved, Wendland wrote.

"Justine was not only a colleague but also a friend to many in the department," Kenneth Karlin, chair of the department, said. "We are terribly saddened by the news."

Roth's research—described as relevant to health, energy, and the environment—focused in part on metal containing radical enzymes involved in energy production in mammals and photosynthesis in plants, both processes essential to life. She also investigated the interactions of transition metals with various compounds of oxygen, carbon, and nitrogen in biological processes. She and her research group were working on ways to combine natural or synthetic catalysts with light to speed the splitting of water into hydrogen and oxygen.

Roth was a recognized expert in her field and during her time at Johns Hopkins was regularly invited as a speaker at national and international conferences. She received several prestigious awards, including an Alfred P. Sloan Research Fellowship, the Camille Dreyfus Teacher Scholar Award, and the Research Corporation Cottrell Scholar Award.

"On behalf of our school, I extend deepest condolences to Dr. Roth's family and friends," Wendland wrote, "and to her colleagues in the Department of Chemistry on this unexpected and untimely loss."