Kumar, a widely published expert on operations management and research who has an academic background in engineering, has been dean of University of Chicago Booth School of Business since 2011

Sunil Kumar, dean of the University of Chicago Booth School of Business and a widely published expert on operations management and research, has been appointed the 15th provost and senior vice president for academic affairs at Johns Hopkins University. 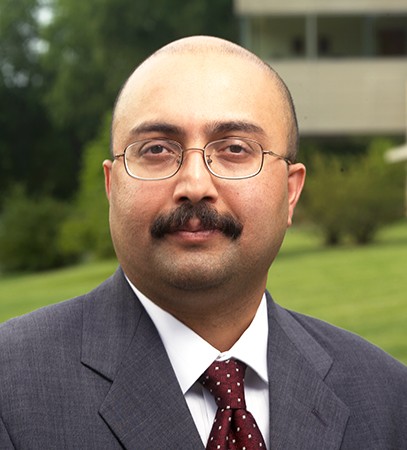 Kumar, who will join the university Sept. 1, has been dean at Chicago Booth since 2011 and previously was professor and senior associate dean for academic affairs at the Stanford University Graduate School of Business. He was appointed to his new role at JHU by the executive committee of the Johns Hopkins board of trustees on the recommendation of President Ronald J. Daniels.

"Sunil is a proven academic leader with uncompromising standards for excellence, great integrity, and a deep-seated commitment to collaboration," Daniels said. "He is a scholar and leader passionate about higher education, committed to values that align with the priorities of the Johns Hopkins Ten by Twenty' strategic vision, and well-suited to be a steward and champion of this extraordinary institution."

As provost, Kumar will be Johns Hopkins' chief academic officer. He will work with the president and deans on universitywide interdisciplinary collaboration, academic policy, and key priorities including diversity, student aid, and commitment to the communities surrounding Johns Hopkins' campuses.

"I'm honored to join and serve the Johns Hopkins community," Kumar said. "I have long admired the university, its outstanding faculty, and its excellent academic programs. I'm excited to work with President Daniels and the deans to implement the path forward laid out in the Ten by Twenty.

"I look forward to helping Johns Hopkins continue to attract the best faculty and students, while strengthening a welcoming, inclusive, and scholarly environment at the university," he added. "Ensuring Johns Hopkins is the home of choice of a diverse and talented group of faculty members and students is important to me."

At Chicago, where he is also the George Pratt Shultz Professor of Operations Management, Kumar leads a school whose faculty in its history has won seven Nobel Prizes in economics. In five years as dean, he has helped raise more than $300 million in philanthropic support; focused on student recruitment, including increasing the enrollment of women in full-time programs from 35 percent to 42 percent; and expanded courses for undergraduates. He was instrumental in establishing the newly consolidated Polsky Center for Entrepreneurship and Innovation, which helps researchers across the university translate ideas, discoveries, and new technology into products and start-up businesses.

He also teaches a course in operations research, called Dynamic Programming/Markov Decision Processes, introducing doctoral students to mathematical models and optimizations methods with applications in both business and engineering.

Before joining Chicago Booth, Kumar was a faculty member for 14 years at Stanford, where he was Fred H. Merrill Professor of Operations, Information and Technology. As senior associate dean, he oversaw Stanford's MBA program and led faculty groups in marketing and organizational behavior. He won recognition for distinguished teaching three times and was named a Finmeccanica Faculty Scholar.

Kumar came to the study and teaching of management from an academic background in engineering; he earned a Ph.D. in electrical and computer engineering in 1996 from the University of Illinois at Urbana-Champaign.

"My own research interests have spanned engineering and business," he said, explaining his longstanding interest in interdisciplinary work. "As dean at Chicago, I have helped spearhead several initiatives that brought the business school closer to other parts of the university, especially the undergraduate college.

"I feel that the professional schools and the rest of the university have a complementary and symbiotic relationship," he added. "I am deeply attracted to the opportunity to support the faculty and students at Johns Hopkins as it moves closer to the 'one university' ideal."

Kumar's research has focused on optimizing manufacturing systems, service operations, and communications networks; and on applying optimization methods and control theory to various managerial problems. He has written or co-written 27 journal articles as well as chapters in three peer-reviewed books, including one, in a political economy text, on the behavior of voters and the political parties who seek their support.

Born in India, he graduated in 1990 from Mangalore University with a bachelor's degree in engineering. Two years later, he earned a Master of Engineering in systems science and automation from the Indian Institute of Science in Bangalore.

Kumar is the first Asian-American appointed in the position of president or provost at Johns Hopkins University. The search committee—chaired by Beverly Wendland, dean of JHU's Krieger School of Arts and Sciences—reviewed and considered several dozen individuals who were nominated or identified for consideration, then focused on a diverse group of especially promising candidates before narrowing its search.

Kumar will succeed Robert C. Lieberman as provost. Lieberman announced in February that he would step down to return full-time to research and teaching in his field of race and inequality. He will be a Krieger-Eisenhower Professor in the Department of Political Science and will be part of the university's interdisciplinary 21st Century Cities Initiative.