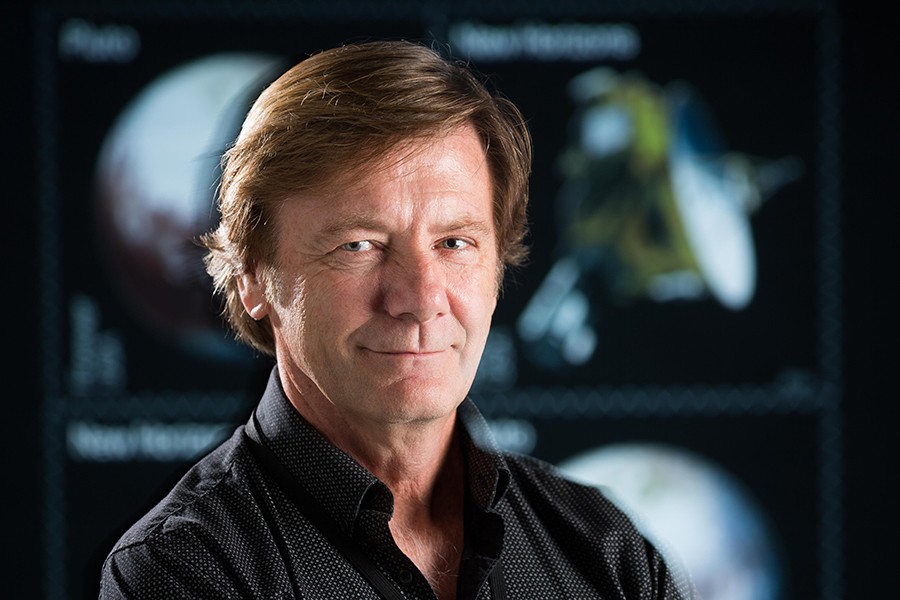 The "Pluto—Explored!" set commemorates the July 2015 flyby of Pluto by the New Horizons spacecraft; "Views of Our Planets" features iconic images of the planets in our solar system, including an image of Mercury from the MESSENGER mission.

The first-day-of-issue dedication ceremony for both sets of Forever stamps was held May 31 at the World Stamp Show in New York City. In dedicating the stamps, USPS Chief Operating Officer and Executive Vice President David Williams noted, "In 2006, NASA placed a 29-cent 'Pluto: Not Yet Explored' stamp on board the New Horizons spacecraft, which—it is safe to say—makes it the most widely traveled stamp in the universe."

The 45-minute ceremony was followed by an autograph session, in which speakers and VIPs (including APL's Alice Bowman, the New Horizons mission operations manager) signed first-day-of-issue programs for hundreds of stamp enthusiasts.

The sheet of four "Pluto" stamps contains two designs appearing twice. The first shows an artist's rendering of the New Horizons spacecraft—based on artwork created by APL graphic artist Steve Gribben—and the second shows an enhanced color image of Pluto taken by New Horizons near its closest approach. The Pluto view is a composite of images from the APL-built Long Range Reconnaissance Imager, combined with color data from another imaging instrument that clearly reveals a heart-shaped feature on Pluto's surface.

The set of planet views includes an enhanced color version of Mercury provided by the MESSENGER mission team at APL. The APL-built MESSENGER (MErcury Surface, Space ENvironment, GEochemistry and Ranging) spacecraft orbited the innermost planet for four years before making a planned dive onto Mercury's surface in April 2015. The mission had already been honored in a 2011 set that also saluted NASA's Mercury Project; the set's art directors based their MESSENGER design largely on Gribben's illustrations.

The "Planet Views" stamps and "Pluto—Explored" stamps are available online as well as at most U.S. post offices.