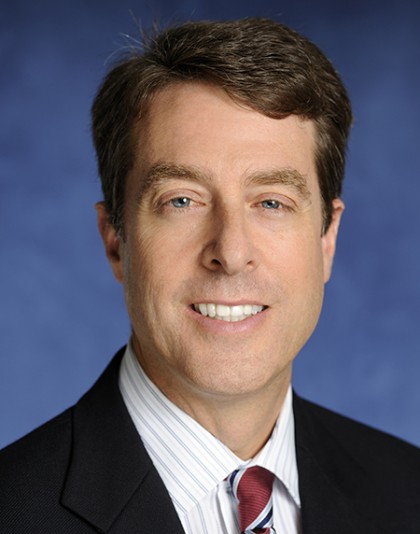 Following a national search that began in November, Johns Hopkins University has named Jeffrey P. Kahn the next Andreas C. Dracopoulos Director of the Berman Institute of Bioethics, effective July 1.

The Berman Institute leverages an expert faculty from across the schools of Medicine, Nursing, Public Health, Arts and Sciences, and Advanced International Studies to identify and address key ethical issues in science, clinical care, and public health, locally and globally.

Since 2011, Kahn has served as the Robert Henry Levi and Ryda Hecht Levi Professor of Bioethics and Public Policy and the deputy director for policy and administration at the Berman Institute. He is also a professor in the Department of Health Policy and Management in the Johns Hopkins Bloomberg School of Public Health.

"Jeff is an outstanding colleague with a record of excellence as a scholar, teacher, and public commentator on some of the most challenging ethical issues of our time," said Robert C. Lieberman, provost and senior vice president for academic affairs. "His myriad skills, strengths, and accomplishments have made him enormously successful in his previous roles and in his current role as deputy director, and they will serve him well in the years ahead as the next director of the Berman Institute. Johns Hopkins is fortunate to have Jeff assume this new leadership role."

Kahn will succeed Ruth Faden, who founded the Berman Institute in 1995. Faden announced in September that this academic year would be her last as director after 20 years in the role.

"Jeff is an outstanding colleague with a record of excellence as a scholar, teacher, and public commentator on some of the most challenging ethical issues of our time."
Robert C. Lieberman, JHU Provost

Lieberman thanked the search committee, which was led by Peter Pronovost, senior vice president for patient safety and quality at Johns Hopkins Medicine, and Philip Tang, vice provost for academic services, and included broad representation from across Johns Hopkins.

"The search committee undertook an extremely deliberative process over many months that allowed members to meet with and hear from some of the brightest minds in bioethics today," Lieberman said. "We scoured the globe for a leader with the skills and experience to guide the Berman Institute into its third decade. The process reaffirmed for all of us how fortunate we are to have a scholar and leader like Jeff Kahn here already at Johns Hopkins," he said.

Kahn received a BA in microbiology from UCLA, an MPH from the Johns Hopkins Bloomberg School of Public Health, and a PhD in philosophy and bioethics from Georgetown University. Following faculty appointments at the East Carolina University Brody School of Medicine and at the Medical College of Wisconsin, where he was director of the Graduate Program in Bioethics at the Center for the Study of Bioethics, he was appointed director of the University of Minnesota Center for Bioethics in 1996.

At the University of Minnesota, Kahn was an associate and then full professor in the Department of Medicine, where he held the Maas Family Endowed Chair in Bioethics. He held additional faculty appointments in the Philosophy Department, Clinical Research Graduate Program, School of Public Health, and Institute of Public Affairs, and he was a faculty fellow in the law school. During his 15-year tenure leading Minnesota's Center for Bioethics, he founded the Association of Bioethics Program Directors, serving as its inaugural president from 2006 to 2010. He is also an elected fellow of the Hastings Center.

In his current role as deputy director, Kahn is part of the Berman Institute's day-to-day leadership team. He has helped lead the institute's strategic planning process and has spearheaded efforts to develop innovative educational programs, such as the new Master of Bioethics degree. He also advises and sits on dissertation committees for graduate students in the Bloomberg School.

Kahn is a renowned leader in bioethics whose work explores the intersection of ethics and health and science policy, including human and animal research ethics, public health, and ethical issues in emerging biomedical technologies. During his more than 25-year career, he has been consistently funded to carry out groundbreaking interdisciplinary bioethics research. Most recently, the NIH awarded him and co-principal investigator Gail Geller a four-year, $4.15 million award to launch a Center of Excellence in Ethical, Legal, and Social Implications of Genomic Uses in Infectious Diseases and Epidemics.

Kahn has served on numerous state and federal advisory panels. He is currently chair of the National Academy of Medicine's Board on Health Sciences Policy. He previously chaired the Institute of Medicine's Committee on the Use of Chimpanzees in Biomedical and Behavioral Research, the Committee on Ethics Principles and Guidelines for Health Standards for Long Duration and Exploration Spaceflights, and the Committee on Ethical and Social Implications of Mitochondrial Replacement Techniques. He also served on the NIH Recombinant DNA Advisory Committee.

He has published more than 115 articles in the bioethics and medical literature and is the co-author of Contemporary Issues in Bioethics and Beyond Consent: Seeking Justice in Research. He speaks widely around the world on a range of bioethics topics, in addition to frequent media outreach. From 1998 to 2002, he penned the biweekly "Ethics Matters" column on CNN.com.

Kahn has been engaged in numerous activities across Johns Hopkins. He is chair of the Public Interest Investment Advisory Committee, he co-chaired search committees for a Bloomberg Distinguished Professor and the Bunting Professor in Clinical Ethics in the School of Nursing, and he has served on universitywide faculty advisory committees on digital education and MOOCs.