Whereas 80 countries around the world have embraced graphic labels on tobacco products that feature images of the side effects of smoking, a court ruling in favor of tobacco companies has stalled the implementation of these new labels in the U.S., writes Cohen, director of the Institute for Global Tobacco Control and a professor at JHU's Bloomberg School of Public Health. She argues that the injunction could cost Americans their health and, ultimately, their lives.

More, from The New York Times:

The same industry that brought the world the infamous Marlboro cowboy and Joe Camel was now fighting corrective images designed to direct consumers away from cigarettes, a product that kills half of its long-term users. The success of the industry's lawsuit means that five years after the labels were announced with such fanfare, and seven years after the law that mandated them was passed, America is still waiting.

How many deaths could have been prevented if the tobacco companies had not succeeded in staying the F.D.A.'s hand?

New research estimates that at least 3,000 deaths attributable to smoking in the United States could be averted in the first five years when the new labeling goes into effect. But the Food and Drug Administration already has a wealth of evidence to justify its implementation of the Family Smoking Prevention and Tobacco Control Act, the 2009 law that requires the agency to deliver the new labels. And no court ruling has removed the F.D.A.'s obligation to devise such warnings. 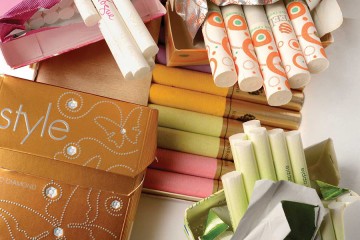 Tobacco: Prettying up the pack