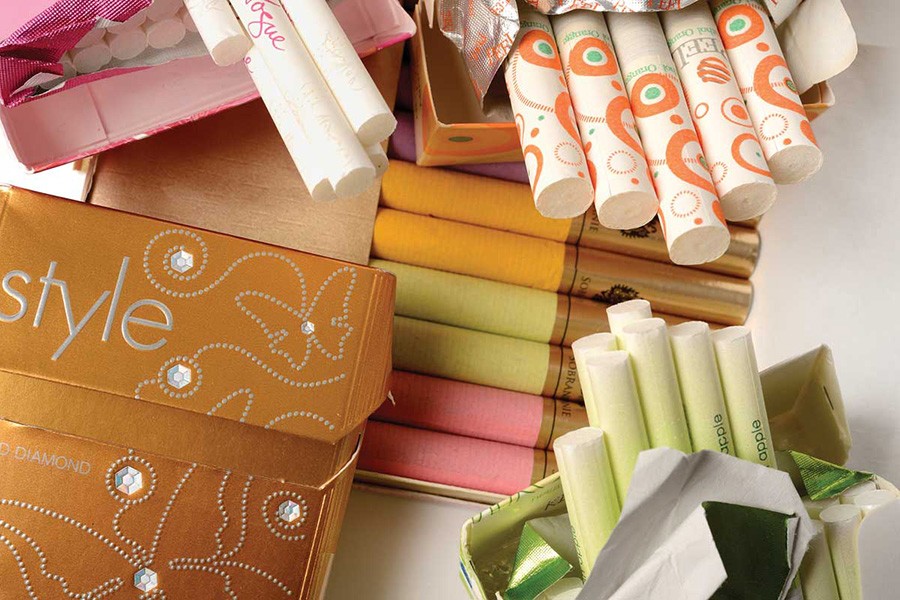 There is a power struggle for control over the message conveyed by the packs of Marlboros and Camels that line the walls of the world's convenience stores. Tobacco companies, restricted in many countries from advertising through traditional media like television or magazines, turn to the cigarette pack itself as their only remaining means of marketing. They adorn the packs with holographic designs, pictures of cute animals, and misleading names like "Long Life." They take the focus away from what's really inside the packaging—and the harmful effects on the smoker's health. "In some ways, the pack can be seen as the last stand," says Katherine Clegg Smith, an associate professor in the Bloomberg School of Public Health. "When other avenues [of advertising] are restricted, the pack may be what's left. It's challenging to control because the pack is the product."

As tobacco control advocates push governments to require stronger warning labels on cigarette packs, cigarette companies fight back by filing lawsuits, shrinking the size of the packs (and thus the size of the warnings), or creating packs that unfold after purchase to reveal more branding artwork free of health advisories. It's a never-ending battle. "One of the challenges is every step we take, the companies take three steps," says Joanna Cohen, an associate professor of disease prevention in the Bloomberg School and the director of the school's Institute for Global Tobacco Control.

Cohen and Smith are systematically documenting the variety of cigarette packages available in 14 low- and middle-income countries with the highest number of smokers. They have created TPackSS, the Tobacco Package Surveillance System, an initiative of the Institute for Global Tobacco Control, with funding from the Bloomberg Initiative to Reduce Tobacco Use. The project's team of researchers is traveling through the designated countries, stopping at three cities in each one and collecting and photographing every different pack of cigarettes they find. In Russia, they were able to collect around 500 unique packs; in China, they expect to purchase more than 1,000.

"We are interested in looking at the rest of the world and seeing where we are," Smith says. "What are companies doing to create markets where there were not strong tobacco markets before? How is the tobacco industry now marketing to women? We're providing policy advocates with the evidence they need to push for more protective marketing policies in their countries."

Soon, Cohen and Smith hope to have an online photo database to help global public health advocates compare packages from country to country. Visitors will be able to browse photos of each brand's packs from around the world, and eventually will be able to sort by genre: packs geared toward women, or packs with a technology theme. They'll also be able to see which brands do not comply with government regulations, such as those whose warnings are too small in size. A glance at the archive-in-progress immediately shows two things: the ghastly warnings required on packages in some countries, including gruesome, government-mandated photographs of cancerous mouths, and just how clever tobacco companies can be in working their way around the regulations.

Cohen equates the importance of the cigarette package warning to pharmaceutical products having a foldout sleeve with information explaining possible side effects. "What do you expect a warning to do on a pack?" Cohen asks. "Is that going to actually change what's going on in your brain? I think that's too high a bar to put for a warning on a product. When I think about an effective warning, what the warning needs to do is increase people's knowledge and awareness about the harmful effects of a product. This product kills one out of every two of its long-term users. It should not have a smiling panda on it.

"It's very sophisticated marketing," Cohen says. "And I guess it's extremely disheartening given how lethal the product is." 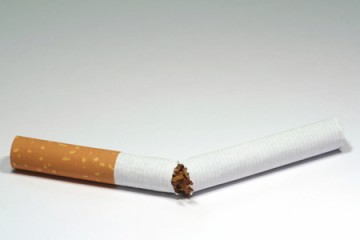 A 'bold step' for CVS