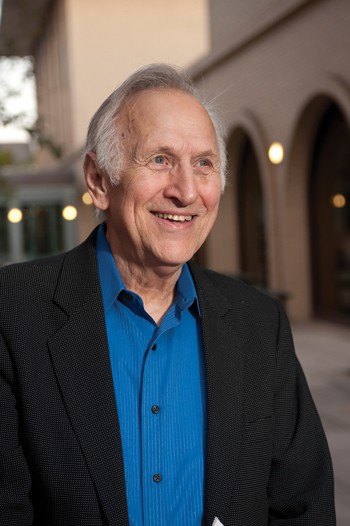 Conductor Gustav Meier, who retired last summer after a venerable and award-winning career that included nearly 20 years teaching at the Peabody Institute, died Friday. He was 86.

"All of us at Peabody are saddened to hear of the passing of Gustav Meier, a great musician, pedagogue, and colleague who for 18 years made Peabody's conducting program one of the best of its kind," said Fred Bronstein, dean of the Peabody Institute. "Gustav Meier provided a daily example of the intellect, artistry, and mastery he worked to cultivate in his students, always delivered with a gentleness, charm, and grace that is rare. His influence shaped the careers of countless professional conductors and musicians working today. Through them, and through the graduate conducting program he built up at Peabody, his impact will live on."

Meier graduated from Zurich Conservatory in Switzerland and led orchestras around the world, serving as music director of the Greater Bridgeport Symphony in Connecticut and as former director of the Conductors Seminar at Tanglewood from 1980 to 1996.

Meier shared his musical gift with generations of young musicians, serving on the faculty of the Yale School of Music, Eastman School of Music, University of Michigan at Ann Arbor, the Tanglewood Music Center, and the Peabody Conservatory. He regularly appeared as a guest conductor in Europe, South and Central America, China, Canada, and throughout the United States. He conducted master classes in Kiev, Beijing, Mexico City, Prague, Sofia, and Adelaide.

Meier's awards include the 1988 Luise Vosgerchian Teaching Award from Harvard University, the 1995 Ditson Prize for a commitment to consistently perform works of American composers, and the Max Rudolf Award in 1999 from the Conductors Guild of America.