Solomon Golomb, pioneering scholar of mathematics and engineering, dies at 83

Solomon W. Golomb, a pioneering scholar in the fields of mathematics and engineering and a 1951 graduate of Johns Hopkins University, died Sunday at his home in California. He was 83. 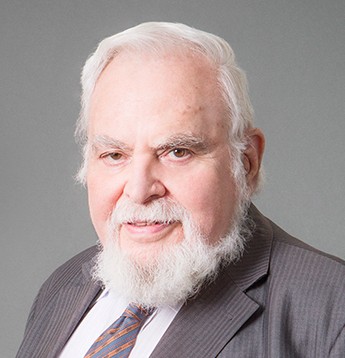 Golomb was known for his groundbreaking work in communications, including shift register sequences. He invented Golomb coding, a data compression method, and Golomb rulers, a specialized ruler used in radio astronomy and information theory.

Golomb was also known for creating mathematical games, including Cheskers, pentominoes, and polyominoes—which served as the inspiration for Tetris. He created the popular and long-running Johns Hopkins Magazine word puzzle feature Golomb's Gambits, which he authored for 32 years. The first Golomb's Gambits puzzle appeared in the April 1984 issue.

Golomb spent more than 50 years at the University of Southern California, where he was a distinguished professor of electrical engineering and mathematics and the Andrew and Erna Viterbi Chair in Communications. He joined the USC faculty in 1963.

"With unparalleled scholarly contributions and distinction to the field of engineering and mathematics, Sol's impact has been extraordinary, transformative, and impossible to measure," Yannis C. Yortsos, dean of USC's Viterbi School of Engineering, wrote Monday announcing Golomb's death. "His academic and scholarly work on the theory of communications built the pillars upon which our modern technological life rests. His work on cryptography ushered in new approaches for securing communications signals. And his awe-inspiring inventiveness in mathematical reasoning has led to wonderfully playful discoveries of mind-twisting games."

A profile of Golomb published in 2012 by USC's Viterbi School adds: "[H]is is the story of a remarkable individual embedded in a remarkable generation. Golomb was a leader in an extraordinary cohort of American thinkers who revolutionized understanding of the longstanding mysteries of mind and thought: breakthroughs as fundamental—or even more so—as the understanding of gravity, or the atom."

"We have lost a brilliant mind, a mentor, a trusted colleague and advisor, a wonderful and kind human being, a steadfast supporter of the school and the university," Yortsos wrote. "But we also have been truly fortunate to be part of his life and to follow the paths that he traced for us, to be inspired and enlightened, and to have his brilliance and impact reflected on our achievements and on our aspirations."