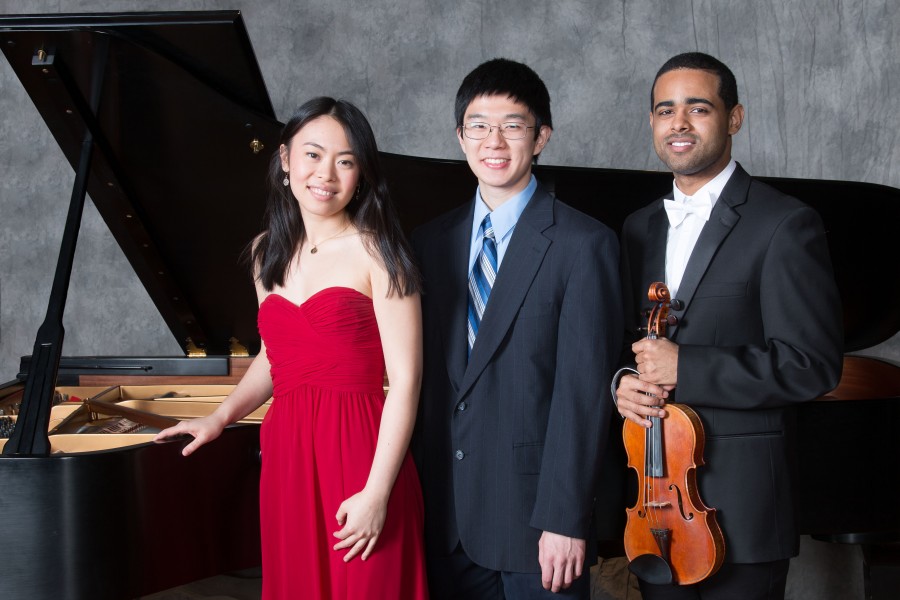 A violinist studying neuroscience. A Juilliard-trained biomedical engineer. And a computer scientist who has played the piano since he was 6.

These are the winners of the biannual Hopkins Symphony Orchestra concerto competition: three students not majoring in music who have earned the distinction of performing featured concertos during the HSO's season finale concert, scheduled for Saturday, April 30.

The Hopkins Symphony Orchestra Concerto Competition was created by JHU alum Hernan del Aguila in 2008 to give any undergraduate or graduate student not majoring in music the opportunity to continue studying and performing music.

This year, 18 students entered to the competition. They auditioned before HSO music director Jed Gaylin, Towson University lecturer in timpani and percussion Michelle Humphreys, and HSO general manager Nicoleen Willson. In addition to the three winners, Reina Arakawa (oboe) and Victoria Roberts (flute) were awarded honorable mentions, and have been invited to perform with the Hopkins Concert Orchestra during the 2016-17 season.

The HSO's season finale concert will take place on Saturday, April 30, from 8-10 p.m. at Shriver Hall on the university's Homewood campus. A pre-concert talk begins at 7 p.m. More information