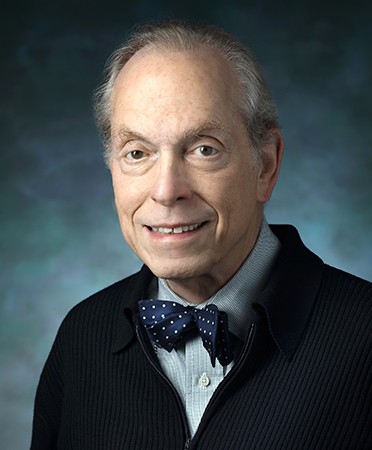 "Sol Snyder is one of the giants of modern neuroscience," says Greg Lemke, professor in the Molecular Neurobiology Laboratory at Salk. "His work has defined the basic pharmacology of most of the brain's neurotransmitters, their receptors, and their transporters, and has been translated into important therapeutics. If you've benefited from selective serotonin reuptake inhibitors such as Prozac, you can thank Sol."

Added Richard Huganir, director of the Solomon H. Snyder Department of Neuroscience: "Sol is an innovator and a legend in the field of neuroscience."

Snyder, a professor of neuroscience in the Institute for Basic Biomedical Sciences at the Johns Hopkins University School of Medicine, was recognized for groundbreaking discoveries ranging from the discovery of opiate receptors in the brain to proving that gases, such as nitric oxide, can serve as messengers between neurons. Many advances in molecular neuroscience have stemmed from Snyder's identification of receptors that neurons have for messenger molecules and some medications, a find that led to clarification of how these drugs work in the brain.

Cancer biologist Robert Weinberg, from MIT's Whitehead Institute for Biomedical Research, was also honored with a Medal for Research Excellence. Weinberg is most widely known for his discoveries of the first human oncogene—a gene that causes normal cells to form tumors—and the first tumor suppressor gene. His lab now focuses on the interactions between the two major types of cells found in mammalian tissue that produce carcinomas and the processes by which cancer cells invade and metastasize.

The first Salk Institute Medals were awarded in 2006 to Donald Metcalf, an Australian physiologist whose research on cancer has improved disease treatment, and to Paul Farmer, anthropologist, physician and co-founder of Partners in Health. In 2010, gene expression pioneer Robert G. Roeder of The Rockefeller University was awarded the Salk Medal for Research Excellence, and Irwin M. Jacobs, renowned entrepreneur and philanthropist, received the Salk Medal for Public Service. In 2014, violinist Itzhak Perlman was awarded the Public Service medal for all he has done to eradicate polio around the globe. 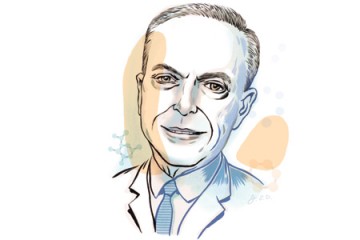 Published Jan-Feb 2014
School of Medicine professor on inspiration in research, his love of music, and the secret to his happiness / Gazette