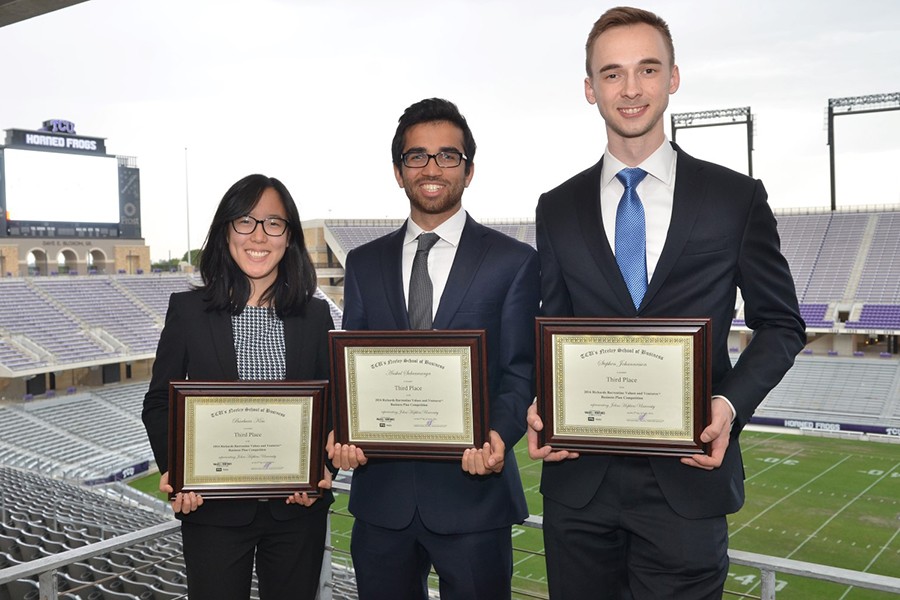 A team of undergraduate biomedical engineering students from Johns Hopkins University won third place this past weekend at the sixth annual Richards Barrentine Values and Ventures Competition, a showcase competition for humanitarian-centered business plans held at Texas Christian University in Fort Worth, Texas.

The JHU team of Stephen Johannesson, Barbara Kim, and Anshul Subramanya took home a $10,000 prize for Separatec, a patent-pending ultrasonic tip that separates scar tissue in the spinal cord during surgery to reduce cerebrospinal fluid leaks and expedite recovery. In addition to the cash prize, the team was awarded consultation services in marketing, information technology, and legal services.

Since its founding in 2010, the Values and Ventures Competition has awarded $310,450 in cash prizes to encourage undergraduate college students around the world to create for-profit ventures that have a significant values component. Students pitch products and services that benefit a specific population, community, and/or the environment while making a profit.

This year, cash prizes awarded by the competition totaled $77,700. More than 80 business leaders served as judges and mentors, providing insight on the viability of startup businesses. The annual competition is presented by the Neeley Entrepreneurship Center.