Do charitable campaigns on social media platforms actually "click" with the public? A new study by researchers from Johns Hopkins University suggests that such campaigns can draw the attention of users, but not always their commitment to donate money.

The study, detailed in the March 2016 issue of the journal Sociological Science, is based on data from HelpAttack!, a social media application that facilitates donations while sharing donors' activities with their contacts on sites such as Facebook and Twitter. 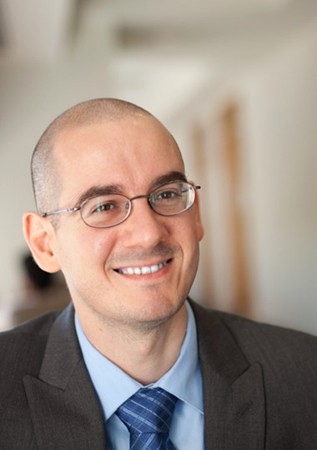 From a sample of nearly 3,500 pledges made via HelpAttack! to organizations such as the American Red Cross, Best Friends Animal Society, and Homes for Our Troops, 64 percent were fulfilled, 13 percent were partially fulfilled, and 16 percent were deleted, the researchers reported. The proportion of deleted pledges was seen to be higher among users who had broadcast their pledges on a social media platform.

"While we found that broadcasting is positively associated with donations, some individuals appeared to broadcast a pledge and then delete it," says Angelo Mele, assistant professor at the Carey Business School who co-authored the study.

The researchers also conducted an online experiment, using Facebook ads and other methods to encourage users to donate to the charity Heifer International. The campaign reached 6.4 million Facebook users and generated many "likes" and "shares" but resulted in just 30 donations.

Then, in the survey, participants were asked if they would give half of a hypothetical $10 to charity. About 35 percent said yes, though the pledged figure decreased when the possibilities of a third-party processor and a processing fee were added to the question.

The findings are consistent with a phenomenon that previous researchers have referred to as "slacktivism" or "illusion of activism," the co-authors state. In addition to Mele, the study was authored by Mario Macis, an assistant professor at the Carey Business School, and Nicola Lacetera of the University of Toronto.

A more broad point about charitable giving is implied in the study, the co-authors add: One's charitable giving may be motivated by concerns about one's desire to feel good about oneself and/or to be positively perceived by other people.

"In spite of all the hype, it's actually quite hard for lesser-known charities to raise funds online," Macis said. "What our findings indicate is that many people may regard online social networks as basically free platforms for personal exchange and much less as vehicles for an activity that comes at some cost to them, whether that cost is of money or time. In more traditional forms of activism, participants make a tangible contribution. Online platforms, in contrast, provide opportunities for activism that may consist of nearly costless actions."