The road to safety: What self-driving cars mean for public health 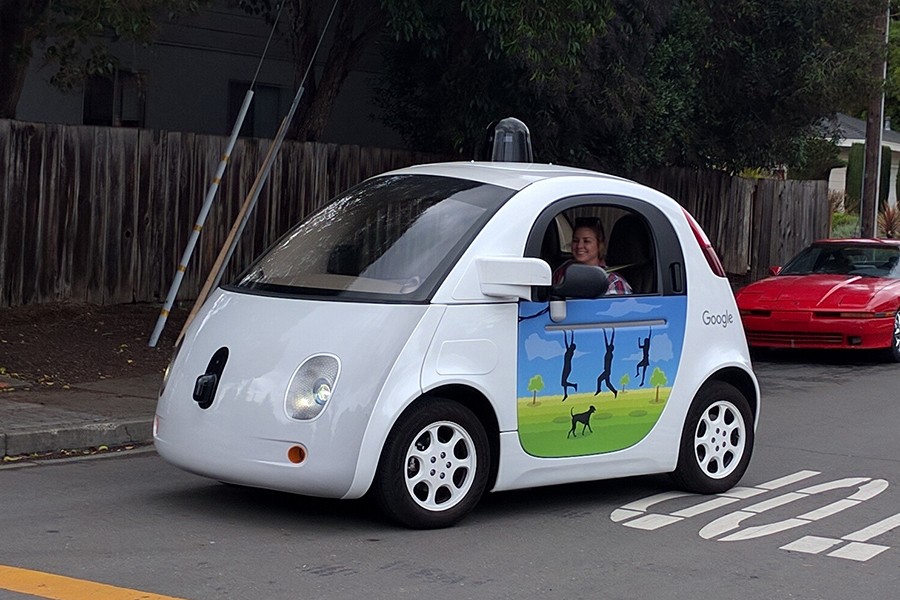 Image caption: A Google self-driving car at an intersection.

A version of this article was originally published by Global Health Now, a news and information source for the global health community produced by the Johns Hopkins Bloomberg School of Public Health.

Autonomous vehicles are poised to transform the daily commute of millions of people, but how will they affect public health?

Five experts gathered at the Johns Hopkins Bloomberg School of Public Health on Tuesday to address that topic, discussing the impact of partial and fully autonomous vehicles on everything from car insurance to driver training and licensing to roadway fatalities.

Mark R. Rosekind, administrator of the National Highway Traffic Safety Administration, said autonomous vehicles could be game-changing in terms of saving lives, noting that 32,675 were killed on U.S. roadways in 2014.

"Technology is a proven way for us to go after saving those lives," he said, citing seat belts and airbags as examples.

But seat belts and airbags, effective as they are, will get us only so far in terms of reducing traffic fatalities, he said.

"We have to look for new tools," Rosekind said. "What I keep pushing ... is to look at everything as fast as we can—safely."

Cars that go, turn, and stop on their own—and avoid crashes and prevent injuries from occurring instead of merely mitigating their effects—are speeding down the pike. In fact, a range of automated technologies already exist to help drivers more safely negotiate traffic on the highway, and event in mall parking lots. Vehicle-to-vehicle communication, which, unlike many technologies, can be retrofitted into cars, is a radical crash avoidance technology on which safety experts are particularly bullish.

Ron Medford, safety director for the Self-Driving Car project at Google, is part of a team that has been developing a fully driverless car.

"We really believe that transformative effects and benefits come when you can fully take out the (human) driver," he said, noting that 94 percent of accidents in the U.S. involve human error.

The challenge, Medford said, is that a car can't be programmed for every scenario.

"There are a lot of corner cases," he said. "We have a team thinking of really weird things to try to fool the car with corner cases."

As difficult as the technical challenges are, the most obstinate bump in the road when it comes to autonomous vehicles just might be public perception, said Nat Beuse, associate administrator for vehicle safety research at NHTSA. He said his father's reaction—"I don't want no car to drive me!"—is pretty typical.

The other panelists were Chris Gerdes, director of Stanford's Center for Automotive Research; and Bryan Reimer, associate director of the New England University Transportation Center at MIT. The event was hosted by the Johns Hopkins Center for Injury Research and Policy.