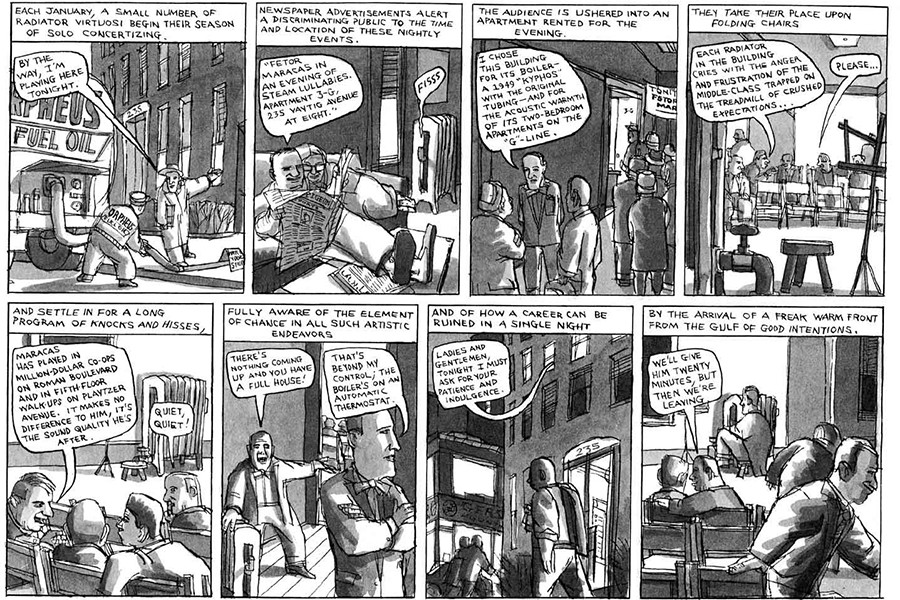 Award-winning cartoonist and graphic novelist Ben Katchor will present an illustrated lecture on his work April 4 at Johns Hopkins University. 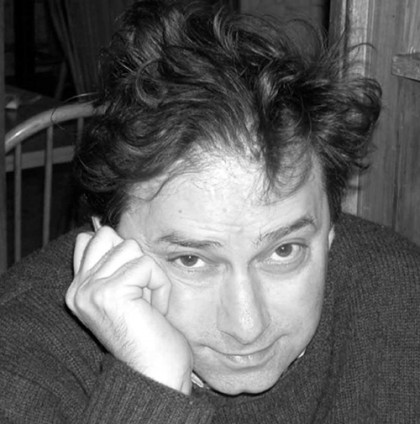 Katchor's talk, "Hand-Drying in America and Other Stories," starts at 5:30 p.m. in Room 101 of the F. Ross Jones Building in the Mattin Center on JHU's Homewood campus. A book-signing will follow. Admission is free and open to the public.

Subtitled "Picture-recitations from 18 years of comic-strips about architecture and urban design from Metropolis magazine," Katchor's talk bears the same title as his most recent anthology, published by Pantheon Books in 2013. Hand-Drying in America and Other Stories was included on Time Magazine's and NPR's Best Books of the Year lists and was named one of The Daily Beast's Top Coffee-Table Books of 2013.

Tom Chalkley, a cartooning instructor at the university's Center for Visual Arts, describes Katchor as "the rare cartoonist who raises the picture-story to the level of literature—his stories are mysterious, allusive, at once banal and surreal, examining the random forces of history and culture in the America of his imagination."

In 2000, Katchor became the first cartoonist to receive a MacArthur Foundation Fellowship. He has also received a Guggenheim Fellowship and is a fellow of the American Academy in Berlin. He is an associate professor at Parsons School of Design/The New School in New York City, where he directs the Illustration program.

"Katchor is an urban visionary, building his stories brick by brick from the detritus of the metropolis: the derelict buildings, the unremembered districts, the flotsam and jetsam of the streets," writes Los Angeles Times book critic David L. Ulin. "His is an aesthetic of ephemera, but an ephemera that transcends itself, in which loss leads to wonder and then, inevitably, back to loss."

Katchor's other books include Julius Knipl, Real Estate Photographer, Hotel & Farm, The Jew of New York, The Cardboard Valise, and Shoehorn Technique. In addition to Metropolis, his work has appeared in The New Yorker, The Jewish Daily Forward, and numerous weekly newspapers. He has collaborated with composer Mark Mulcahy on six music-theater shows, most recently The Imaginary War Crimes Tribunal.

Katchor's appearance, his first at Johns Hopkins since 1999, is co-sponsored by the Center for Visual Arts and Homewood Arts Programs.