Paul Pineau, interim vice president and general counsel at the Johns Hopkins University, has been appointed to fill the position on a permanent basis, President Ronald J. Daniels announced today. 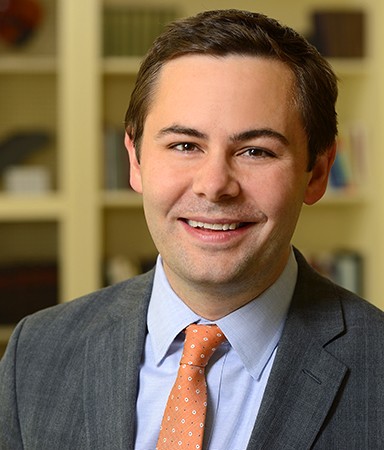 Pineau will lead the general counsel's office, providing legal advice to the trustees, leadership, and all university divisions and assisting in the development and implementation of university policy. The office of more than a dozen attorneys represents Johns Hopkins' interests on a wide range of legal issues. The vice president also shares responsibility with the Johns Hopkins Health System vice president and general counsel for legal matters that affect Johns Hopkins Medicine.

Pineau joined Johns Hopkins in 2014 as vice provost for strategic initiatives, coordinating key projects, including efforts to revise and strengthen the university's policy on sexual assault and to reconstitute and support its Public Interest Investment Advisory Committee. He has been interim general counsel since August.

"Paul is well-respected in every corner of the university as a leader and counsel with a sharp intellect, strong emotional intelligence, and unflagging energy," Daniels said. "We have all come to count on Paul for sound judgment and well-reasoned legal advice."

From 2011 to 2014, Pineau was chief of staff to the Baltimore City state's attorney and a special assistant state's attorney, overseeing prosecutions, trying cases, and working on a variety of policy, legal, and operational issues.

He worked previously at the law firm of Zuckerman Spaeder and as a clerk to U.S. District Court and Circuit Court judges. He earned his law degree at Harvard University, where he was executive director of the Harvard Legal Aid Bureau. He is also a graduate of Davidson College.