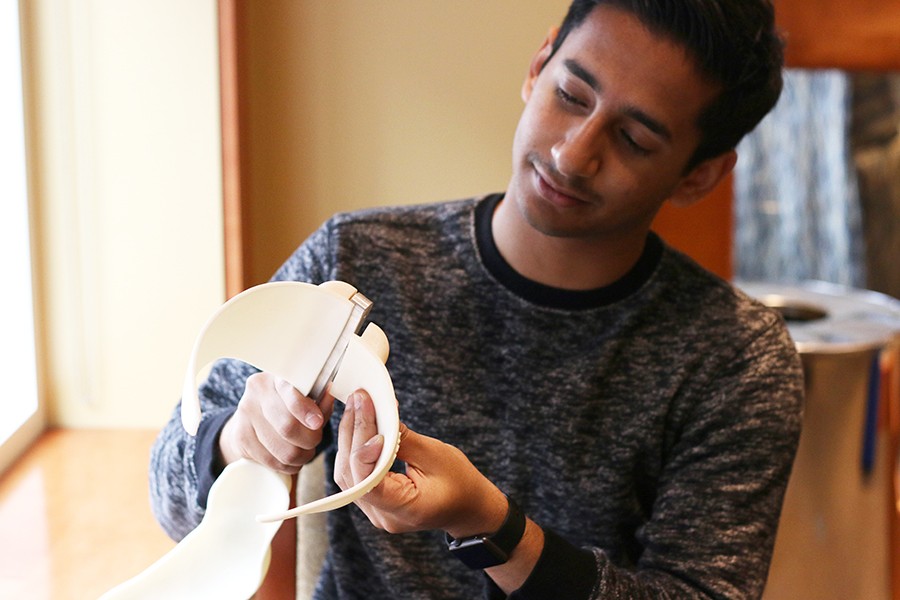 In describing the way many people think about orthotics, Param Shah asks: "Do you remember Forrest Gump?" 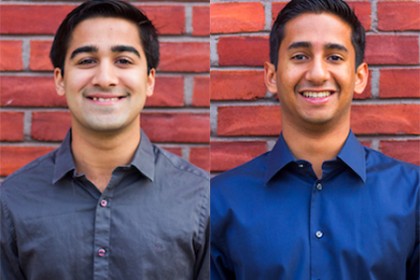 The cumbersome leg braces the film's title character wore as a child remain one of the most recognizable depictions of orthotics. It's an exaggerated image—most orthotics aren't creaky metal anymore, and the corrective devices range vastly from shoe inserts to spinal braces—but Shah and his startup partner Alex Mathews insist the technology hasn't advanced as far as it should have.

That's where they envision their new company, Fusiform, coming in.

The med-tech startup, which Shah and Mathews launched with a team of five other Johns Hopkins University students last year, aims to develop a faster, cheaper, software-driven alternative to the tedious and costly hand-casting process that still dominates the orthotics industry.

The team's vision recently got a big boost from Accelerate Baltimore, which selected Fusiform as one of six startups to take part in its incubator program. Run by the Emerging Technology Centers, the four-month bootcamp provides each team with $25,000 in seed money, along with mentoring and networking opportunities.

Simultaneously, Fusiform is getting further support by participating in Hopkins' own incubator, the Social Innovation Lab, as part of its 2015-16 cohort.

Fusiform's idea is to automate the process of orthotics-making, using 3-D scanning along with a modification software they've developed. With an iPad or another tablet, a clinician can scan a 3-D image of a patient's leg, for example, and then modify the model. From there, the clinician can manufacture the orthotic device with an automated shaping machine in a matter of hours. This efficiency is made possible by Fusiform's modular design for orthotic devices—an innovation in its use of removable parts.

"It's tackling a lot of inefficiencies in a process that hasn't adapted since the 1970s," says Mathews, a senior studying biomedical engineering.

For Shah, a sophomore computer science major, the need to move beyond the old hand-casting method became abundantly clear when he spent summers in the Himalayas during high school. He founded a nonprofit, the Lotus Life Foundation, to provide rehabilitation support for children with disabilities in India, and orthotics were used to help kids with cerebral palsy, muscle deformities, or other conditions affecting walking gait.

But waiting for the devices to be hand-cast and delivered often took a month or more. And if a child had grown even slightly, they'd suffer discomfort or sores from their ill-fitting device in the meantime.

"I thought, 'How do we get better orthotics to these kids faster?'" Shah says.

That question stuck with him when he came to Johns Hopkins, where he met Mathews. The two of them built the Fusiform team, pitching their concept to the Abell Foundation last year to secure some initial funding.

David Wise, a retired executive who has mentored the team through the Abell Foundation, said Fusiform proved worthy of investment "not just because they're energetic students," but because their products "looked like they could actually be successful." (The Baltimore-based foundation also supports Accelerate Baltimore.)

Fusiform will test both its modular cast design and its software with prospective clients this spring. Though the team sees future potential for a range of uses (like devices for spinal conditions) and expansion to other countries, their focus now is on developing lower-extremity orthotics for local clinics.

This challenge of growing a med-tech company from the ground up—as an undergraduate student, no less—definitely comes with its share of stress, Shah says.

"But if you love doing this like we do," he says, "the time becomes irrelevant. ... You'll have such a drive to do it."