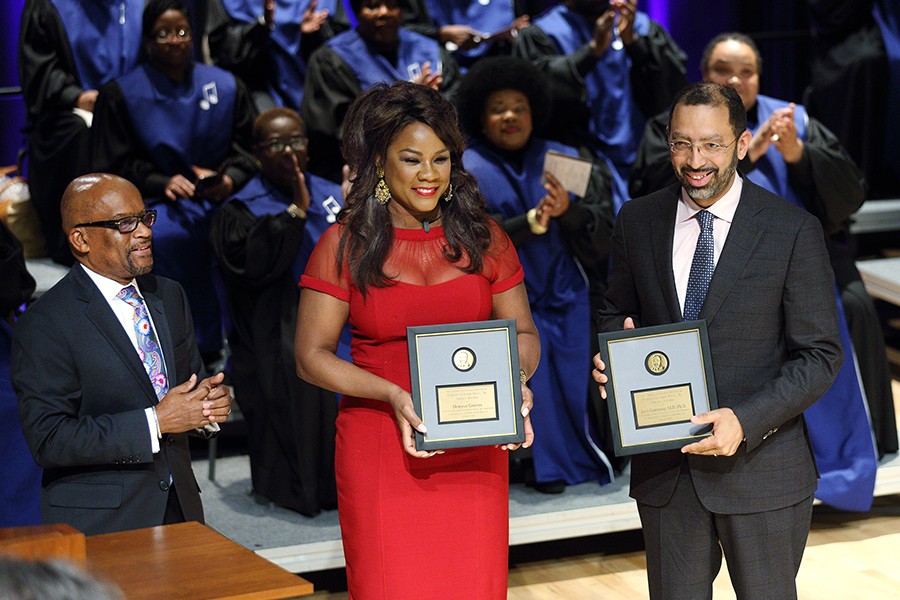 A glaring absence could be felt in every aspect of this year's 34th Martin Luther King Jr. Commemoration event at Johns Hopkins, the first without its founder, Levi Watkins Jr.

Renowned for his both his medical and civil rights accomplishments at Hopkins, Watkins died in April at the age of 70.

"This is a very difficult and emotional time," said Kenneth Grant, vice president of General Services at The Johns Hopkins Hospital, at the packed event on Friday afternoon. "For 33 years the person behind the mic was our friend and colleague, Dr. Levi Watkins."

Watkins, the first black chief resident of cardiac surgery at The Johns Hopkins Hospital, made medical history by implanting the first automatic heart defibrillator in a patient in 1980. The procedure is now commonplace, saving an untold number of lives annually. On the civil rights front, Watkins was instrumental in recruiting minority students to the Johns Hopkins School of Medicine.

Watkins first launched the MLK commemoration event in 1982 to honor the man who was his pastor and mentor while he grew up in segregated Montgomery, Alabama. That first year, Watkins invited two guests who had been close with King—the activist's son, Martin Luther King III, and one of his key associates in the civil rights movement, Bernard Lee.

In 2016, the featured guests at the long-running event were two who had been close to Watkins. The first keynote speaker was his nephew, Levi Garraway, who followed his uncle's footsteps by pursuing a career in medicine and is now an associate professor at Harvard Medical School's Dana-Farber Cancer Center. The second was acclaimed opera singer Denyce Graves, a faculty member at the Peabody Institute of Johns Hopkins University and a personal friend of Watkins through her husband, Robert Montgomery, a Johns Hopkins surgeon.

Graves recalled Watkins' humor—the short quips she called his "Levi-isms." The acclaimed mezzo-soprano performed a few versions of them in operatic song, including one about hypertension, and another with blunt words of wisdom that Watkins shared upon their first meeting, when her then-boyfriend introduced her as a "friend":

"Friendship? Bullsh*t! We've got to take this thing all the way!" Graves said Watkins told the couple.

Garraway spoke of the attributes his uncle shared with Martin Luther King Jr.

"He lived his own version of Dr. King's dream by holding fast to three things—deep passion and love for those around him, commitment to excellence in everything he did, and hard work—almost insanely hard work," Garraway said, recalling a visit to Baltimore during which he observed his uncle rise each morning at 4 a.m. to start the day's duties.

Graves also noted something Watkins and King had in common: "They were born to change status quo," she said.

Friday's ceremony, which drew an overflow audience to the Turner Auditorium in East Baltimore, also featured the presentation of community service awards to four university and four health system employees, and a performance of gospel selections by Unified Voices, a choir made up of local residents and Johns Hopkins employees.

During last year's ceremony, an official oil portrait of Watkins was unveiled. The painting was installed in the Division of Cardiac Surgery at The Johns Hopkins Hospital just a week before his death. 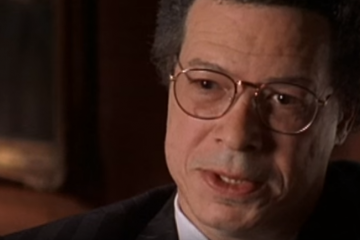 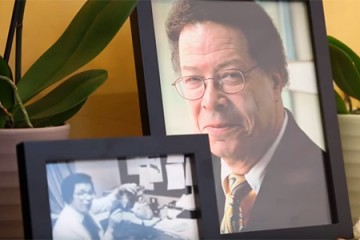 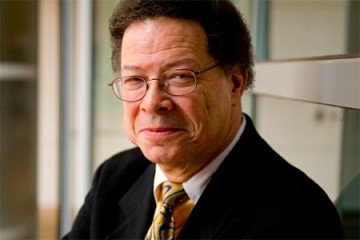 Published April 12, 2015
He implanted first automatic heart defibrillator in a patient, was instrumental in recruiting minority students to School of Medicine