Johns Hopkins University alum C. Jimmy Lin, a pioneer in the early detection of cancer, has been named one of 10 TED Senior Fellows for 2016. 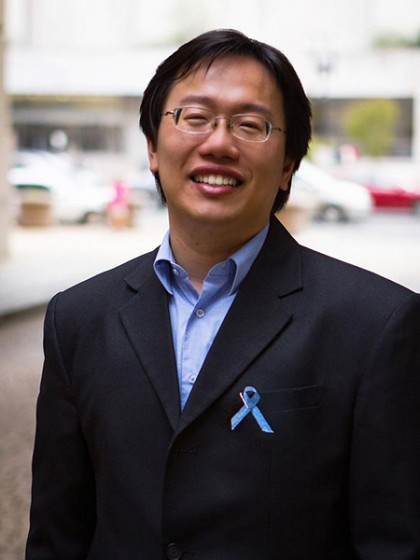 Lin earned his MHS degree in bioinformatics from JHU's Bloomberg School of Public Health in 2011 and his MD/PhD in cancer genomics from the School of Medicine in 2012. He led the computational analysis of the first exome sequencing studies of cancer at Johns Hopkins.

Lin is the founder and president of the Rare Genomics Institute, the world's first platform that enables communities to crowdsource funds for cutting-edge biotechnology in order to advance the understanding of rare diseases. He is also director of Clinical Genomics at the Genetics Branch of the National Institutes of Health and National Cancer Institute.

Lin was a TED Fellow in 2012 and delivered talks at the annual technology, education, and design conference in 2013, 2014, and 2015. The TED Senior Fellow distinction affords Lin an additional two years of participation in the TED conferences as well as continued support for his work while he mentors new Fellows.