Inside the iconic (and accidental) sound of the British invasion 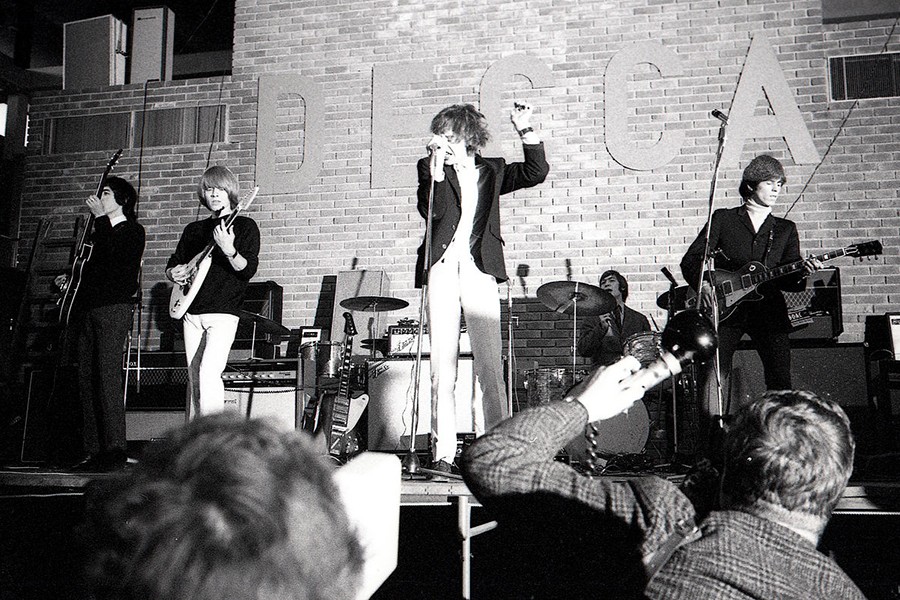 Image caption: The Rolling Stones perform a concert in front of a Decca sign in 1965

The British sound that swept the United States into a frenzy in the 1960s was created by accident, music journalist, sound engineer, and producer Howard Massey told an audience that gathered to hear his guest lecture Tuesday night at the Peabody Institute of The Johns Hopkins University. 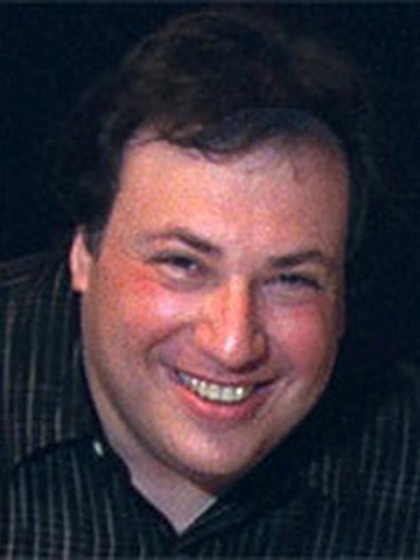 Massey, author of The Great British Recording Studios, compared tracks from both sides of the Atlantic to underscore the difference in sound. He played American groups like the Four Seasons, who crooned their 1963 number one record, "Walk Like a Man," recorded in Manhattan; "I Get Around" by the Beach Boys, recorded in Hollywood; and "I Hear A Symphony" by the Supremes, recorded in Detroit. Each track had a velvety, manufactured sound.

Massey then played "Please Please Me" by the Beatles, "House of the Rising Sun" by the Animals, and "My Generation" by the Who, all recorded in London studios. Despite similar harmonies used in some of the songs, the sound pumping through the speakers on each of the British recordings was distinctly rougher, with the highs much higher and lows much deeper than their American counterparts. The harmonica on "Please Please Me," for example, sings thinly above the grinding electric guitar. The distortion evident on "My Generation" growls in the lower registers. "It's like they didn't care if they pushed it to the red," one lecture attendee remarked.

The British sound, Massey said, could be attributed to cultural differences and idiosyncrasies in the technical execution of British recordings, which he explored at length, providing photographs of equipment, describing techniques, and even displaying recording studio floor plans collected during his research.

In America, an economic boom following the end of World War II afforded manufacturers the luxury of producing and marketing high-end recording equipment. Britain, on the other hand, had to rebuild its economy, and the arrival of recording equipment from America was sluggish, Massey said.

Because British studios couldn't import mixing boards from across the Atlantic, they made their own. American amplifiers operated on incompatible voltages, so Vox and Marshall rose to prominence by manufacturing their own amps. Condenser microphones were popular in studios because they easily could be shipped from Germany.

Additionally, standard practices for sound effects were different on either side of the Atlantic. In the U.S., effects were added during the mixing process in an effort to preserve the original sounds of the instruments, creating a sort of safety net. In Britain, however, effects were printed directly to tape, resulting in more impulsive, organic moments (like the now-iconic drum fill on Phil Collins' "In the Air Tonight," the gated drum sound recorded directly to tape in a stone room with a single microphone in the ceiling).

Perhaps most importantly, Massey said, the standards for equalizing pre-emphasis and de-emphasis signals in analog recording differed in the U.S. and Britain, which affected the way British musicians heard—and in turn, mimicked—American musicians.

The process of recording produces its own noises and hums, which can obliterate low-level sounds, Massey explained. To offset this, tape recorder manufacturers boosted signals during recording (called pre-emphasis), then balanced them out with an equalizing signal emitted during playback (called de-emphasis).

For most listeners, these finer points of recording and playback would go unnoticed. However, when the standard for balancing the signals in the U.S. varied from the standard used in Britain, consumers playing tapes on non-calibrated machines heard the difference. If a British tape—recorded with the British-adopted IEC equalization standard—is played on an American machine, the playback has fewer low-end frequencies and sounds brighter. If a U.S. tape—recorded with the American-adopted equalization standard—is played on a European tape player, the sound will carry much more bass and may sound muffled. Anecdotally, Massey said, when Paul McCartney would hear American recordings, he admonished his engineers for not being able to produce the heavy bass sounds, which were in fact a result of incompatible playback calibration.

Massey offered a "guided tour" of nine major recording studios of the 1960s and '70s using photographs from private collections, videos, and reproduced studio floor plans. The studios he explored included the iconic EMI Studios at Abbey Road, made famous by the Beatles; Decca, where the Moody Blues recorded and where future Police guitarist Andy Summers worked as a session guitarist; Pye, known for achieving a punchy sound; and Olympic, where the Rolling Stones, Jimi Hendrix, and Led Zeppelin recorded, and where visionary engineer Keith Grant pioneered the wraparound mixing console.