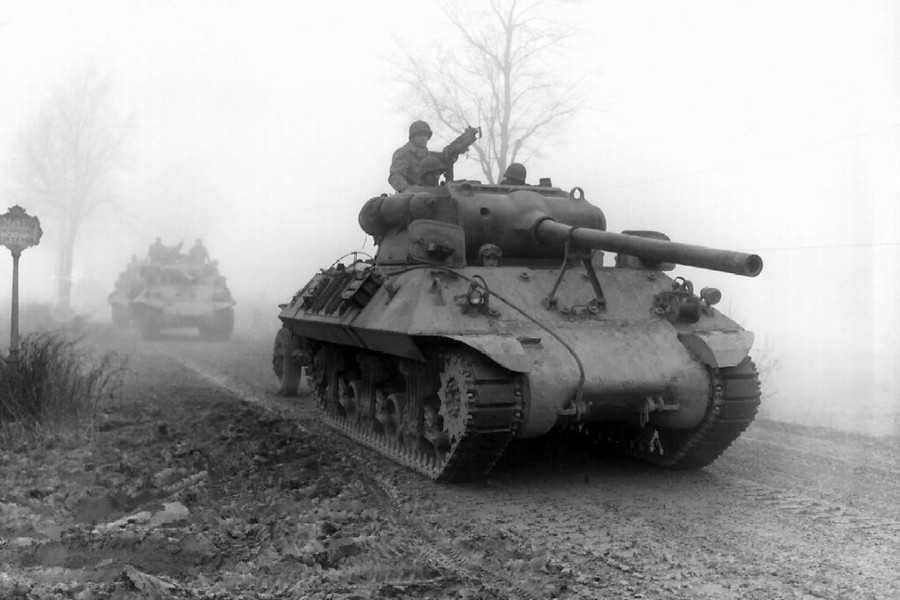 On Wednesday evening, author and historian Antony Beevor described in chilling detail the Battle of the Bulge, the surprise German attack on Dec. 16, 1944, that led to the deaths of some 16,000 Americans and the capture or wounding of 60,000 others in the Ardennes region of Belgium. 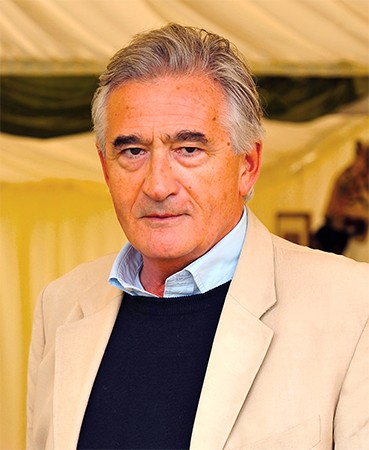 Beevor, a former military officer with the British Army's 11th Hussars, is a renowned military historian and award-winning author of four novels and 11 works of nonfiction, selling more than 6.5 million copies worldwide. His newest book, Ardennes 1944: Hitler's Last Gamble, draws from the transcripts of the recorded conversations of German prisoners-of-war recently released by the British National Archives. The book explores the events leading up to the German offensive, referred to as "Hitler's last gamble," and the resulting "complete intelligence failure" on the part of the Allies.

In his introductory remarks, Louis Galambos, a professor in Johns Hopkins University's Department of History and editor of The Papers of Dwight David Eisenhower, described how as a child in Indiana, he had followed from afar the major battles of the war as they unfolded, marking them with pins on a map. "I must've ruined the wall with those pins," he said.

Beevor's Veteran's Day talk at JHU's Mason Hall pressed much deeper. Ardennes 1944 captures the humanity and the atrocities of the battle, giving each equal literary shrift, and using the author's scholarly insight to deepen the distressing descriptions. The Ardennes forest, for example, was "so dark and dense" that to the soldiers stationed there it seemed like a "sinister fairy tale," said Beevor. "Night lasted for 16 hours," and "the trees dripped ceaselessly, even when it didn't rain." Other scholars, who Beevor quoted, have described the area as "an open wound," "a deathscape."

The weather was unforgiving, Beevor said, and American soldiers lacked winter overcoats and combat boots. It was so cold that freezing capillaries in the skin would turn bright red rather than blue, described by eyewitnesses as "claret-colored corpses." In one anecdote Beevor related, American officers, outraged at the taunting smile of a captured German soldier, later discovered that his smile had been involuntary: he had lost his lips and eyelids to frostbite.

The soldiers were "brutalized by war," he said. "The cycle of killing prisoners started almost immediately." The German army executed 84 American soldiers at the Malmedy massacre, and the American "Roosevelt's Butchers" responded with like barbarism, promising to take only two prisoners for questioning and kill the rest.

Combat exhaustion was common among soldiers, and the response from commanding officers was "absolutely pitiless on both sides," said Beevor. The German army practiced a rotation strategy of pulling troops from the front lines for recuperation, which sprang from necessity, as Hitler tolerated "no human inhibitions," ordering the execution of fearful or exhausted soldiers by their comrades. Allied armies, on the other hand, sent fresh-faced soldiers to replace the fallen at the fronts. According to Beevor, these new soldiers, under-prepared and expeditiously trained, were often no more than "filling dead men's shoes."

In a review of Ardennes 1944 for The Daily Telegraph, Keith Lowe says Beevor is "like Virgil there to lead you through the underworld: he doesn't leave you stranded amid the horror, but leads you back out again, a wiser person for having undergone the journey."

The discussion, providing expert and in-depth analyses of one of the bloodiest battles of World War II, also drew for the audience a literary depiction of the events. Beevor suggested that Allied commanders expected Hitler to "think like a General, not as a dictator." This dangerous underestimation of Hitler's strategy led to loss of life on an unforgettable scale.