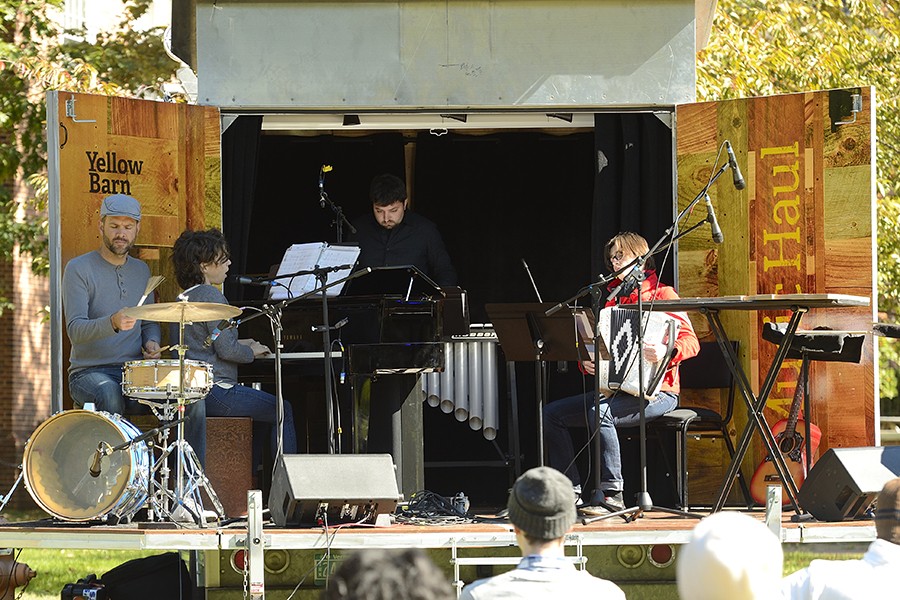 A little bit before noon yesterday, Yellow Barn Music Haul pulled onto the Freshman Quad at Johns Hopkins University and began to unload. Within minutes, an amphitheater had been erected. The Music Haul, converted from an old U-Haul truck, is a self-contained music venue, and it is on its inaugural tour from Vermont to Texas. Baltimore is the first scheduled stop along the way.

Yellow Barn Executive Director Catherine Stephan describes the process of getting the Music Haul on the road as hectic. "We only started building it in August," she says. "The musicians got together this October and had their first concert three days later. It was fast, but that's how the best things happen."

Yellow Barn, an international center for chamber music in Putney, Vermont, created the Music Haul to redefine what a concert hall can be. Originally envisioned as a riff on an ice cream truck, the Music Haul has an external P.A. system that plays as it drives, bringing music to audiences in a surprising way. "We had people stopping to listen, taking videos with their phones. It was great," Stephan says about the drive through West Baltimore to perform a concert at Lockerman Bundy Elementary School yesterday morning.

"It began as a way of playing our music around Vermont," Yellow Barn Art Director Seth Knopp says. "But our mission is not about marketing—it's more substantive. We're trying to play music the way it appears in peoples' lives: unexpectedly."

The concert program, called A Memory Palace, explores the act of remembering, described as "sifting experience through memory in creating the elusive and poetic truth with which we define ourselves." Pieces composed by Steve Reich, Mark Applebaum, Christopher Cerrone, and Rabbit Rabbit are paired with Bosnian folk tunes. The result is forlorn, and often foreboding. Vibraphones, a hybrid piano, handmade percussion instruments, an accordion, and a drum set played with brushes contribute to an ethereal and otherworldly experience.

Sponsors of the Music Haul's tour include the Nasher Sculpture Center and the Peabody Institute. The stops in Baltimore are made possible by a gift from Peabody National Advisory Council member Paula Boggs and Randee Fox. 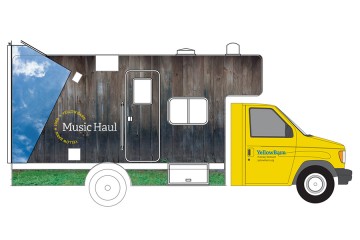 Music on the move