An entrepreneur as well as a scientist, Kunal Parikh has spent years developing drug-delivery platforms to improve patient treatment. He plans to spend the next year pursuing patents for these technologies; submitting his research for publication in scholarly journals; visiting hospitals and manufacturing plants to conduct implementation research; and continuing to lead and mentor the team of scientists, engineers, and clinicians who work alongside him. 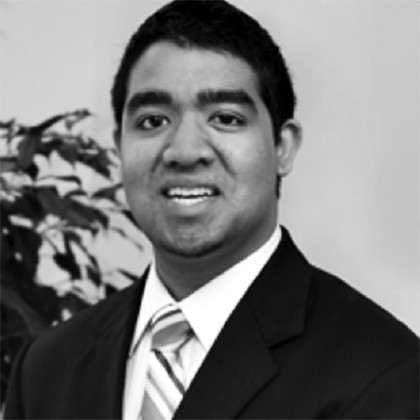 Parikh, a PhD candidate in biomedical engineering at Johns Hopkins University, will be presented with a Roche/ARCS Scholar Award at the National Academy of Sciences this evening. This is the second year that he has received the award, and his to-do list for phase two is ever-expanding.

The son of Indian immigrants, Parikh says he grew up with a "scarcity mentality," learning to make the most with what was available to him. Prior to attending Ohio State University for his undergraduate studies, he considered becoming a Jain monk, even spending time in monasteries in India speaking with monks about his future.

"They were very clear that my purpose should be to serve others above all else," he says.

This led Parikh to explore different fields where he could make a difference, including biomedical engineering, biotechnology, public policy, and both nonprofit and for-profit organizations. He saw the potential for aligning the priorities of these fields in order to streamline research and patient care.

Parikh says bringing an entrepreneurial eye to the medical field is critical to ensuring that the developments proceed through the manufacturing and regulatory processes and ultimately make an impact at the patient's bedside. He calls it a "moral imperative."

His research focuses on developing technologies that improve the delivery of vaccines and medicine in the body. This approach includes creating technology capable of sustained drug release to parts of the body and a platform for effective and safe gene delivery that could be used to treat or prevent infectious diseases.

"I hope that my approach of needs identification, platform technology development, and translation [to the marketplace] can serve as a template for others who are interested in developing impactful biomedical technologies," he says.

The Roche/ARCS Scholar Award, a three-year award funded by the Roche and ARCS foundations, grants nonrestricted funds to support the next generation of life science students.

Parikh says the Roche/ARCS Scholar Award program changed his mindset about what he could accomplish by expanding the resources available to him.

"It's truly empowering for me to know that I have an entire group of people rooting for me and depending on me to push these discoveries towards clinical impact," he says.

The presentation of the Roche/ARCS Scholar Award is part of the annual ARCS Foundation Scholar Awards reception, which will take place at the National Academy of Sciences in Washington, D.C., tonight. Denis Wirtz, vice provost for research at Johns Hopkins University, will speak at the reception.